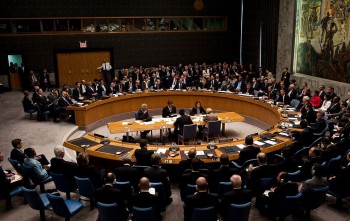 “Sources tell us Her Majesty will not set foot inside the Norman Foster-designed building anytime soon. The actual buyer is the New Zealand government’s UN ambassador,” the New York Post reported, based on anonymous sources. “The buyer was recorded as ‘Her Majesty the Queen in right of New Zealand,’ but Gerard van Bohemen signed the deal as the new permanent representative to the UN for New Zealand, a former colony that still retains the queen as sovereign.”

Meanwhile, the New Zealand press confirmed the multi-million dollar condo was not for the queen but for New Zealand’s UN representative.

A Ministry for Foreign Affairs and Trade spokesperson told iMediaEthics “the property has been purchased by the New Zealand government through the Ministry of Foreign Affairs to be a residence for our Ambassador at the UN. Currently it is Mr Gerard van Bohemen.”

The ministry explained why it’s wrong to say the queen or van Bohemen bought the condo.

“So, it is not correct to say the property was purchased personally by the Queen nor personally by Mr van Bohemen for that matter. I suspect someone has viewed the purchase documents for the transaction. New Zealand’s constitutional situation is that as a former colony of the United Kingdom we still recognise the Queen as the Head of State therefore some legal documents reflect that language.

“At the most simplest level the New Zealand government purchased the property (with our taxpayers’ money) for New Zealand diplomatic reasons.”

According to the ministry spokesperson, the previous apartment for the New Zealand ambassador is on the market.

Below are a list of outlets that said Princess Charlotte and Prince George’s great-grandmother bought the apartment:

Curbed, June 22: “Royal Family buys Pied-a-terrre in Norman Foster’s new tower” “If Queen Elizabeth were to buy property in New York City, which she just did, of course it would be in the Norman Foster-designed tower at 50 United Nations Plaza.”

“Queen Elizabeth herself has picked up a $US7.9 million apartment at 50 United Nations Plaza,” the article reads, although it quickly contradicts itself writing “”Recently released records list the buyer of the three-bedroom, 3,000-square-foot residence as “Her Majesty the Queen in Right of New Zealand.”

“And now, Queen Elizabeth II has purchased an apartment in NYC, too.

“The Real Deal reports that the Queen is now the owner of an $8 million three-bedroom apartment at 50 United Nations Plaza, inside a building that was designed by the (knighted!) architect Norman Foster, Curbed NY notes.”

“Queen Elizabeth II appears be ready to extend her royal palace to N.Y.C. But just what type of apartment would a powerful monarch purchase? A grand $8 million three-bedroom apartment, according to Zillow.”

“What kind of pied-a-terre would an 89-year-old British monarch require to make New York City feel like an extension of the royal palace? According to The Real Deal, that would be an $8 million, 3-bedroom, 3.5-bathroom apartment on the 18th floor at 50 United Nations Plaza.”

Variety, June 30 “The Queen of England Picks up Manhattan Pied-a-Terre”

” Though she officially visits the United States rarely — her last state visit was back in 2007 — real estate reports out of New York City say Her Majesty,* the Queen of England, has snatched up an $8-ish million pied-a-terre at a smoked glassy tower in New York’s Turtle Bay ‘hood, directly across the street from the northern end of the United Nations complex that sprawls out along the East River between East 42nd and East 48th Streets.”