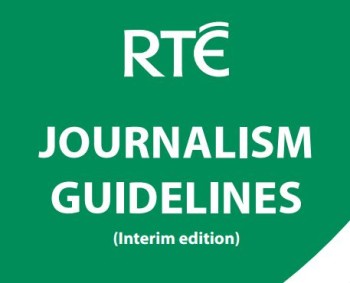 Ireland’s Broadcasting Authority sent its review of RTE’s libel of Catholic priest Father Kevin Reynolds to the broadcaster, the Irish Times reported.  The investigation, by “former BBC Northern Ireland executive Anna Carragher,” looked into the fairness of the program and any privacy issues with the program.

According to the Irish Times, “RTÉ will be given 14 days to respond or make submissions” and then any possible fines will be determined. The Irish Times noted that the Broadcasting Authority could fine RTE “up to €250,000.”

As we have written, RTE paid Father Reynolds a large libel settlement after it aired false claims that Father Reynolds raped and impregnated a minor-aged girl.  As Catholic News Agency explained recently, “Prior to broadcast, Fr. Reynolds had volunteered to undergo a DNA test to prove his innocence but RTÉ refused. He was subsequently removed from his home and parish ministry. His innocence was later proven however by two separate and independent DNA tests.”

RTE apologized in October and November for the report on Reynolds.  In November, RTE announced that it asked Ireland’s press ombudsman John Horgan to review the “editorial processes” that led to the report.

RTE added in its own report on the changes at the broadcaster that “there will be a full restructuring of television current affairs management and structures.”  Other changes include:

“All editorial staff will be issued with, and trained in, new journalism guidelines, and a new editorial standards board will oversee standards and will take a role in a revised complaints procedure.”

And, RTE will have “an external investigation board” look into “all personnel matters arising from the Mission to Prey programme.”

Other Mission to Prey Questions?

Claims made against two other men in the “Mission to Prey” program have also been questioned, as we have written. In November, the family of deceased Brother Gerard Dillon questioned RTE’s claims that he sexually abused a student.  In February, former Archbishop Richard Burke claimed RTE libeled him in the same program with its reports that he sexually abused a minor-aged girl. Burke claims the “relationship was consensual” and she was 21 years of age.

We have written to RTE for more information and will update with any response.

UPDATE: 4/4/2012: 8:34 PM EST: Read here on the Irish Times’ website about some more changes in the programming structure of reporting at RTE.