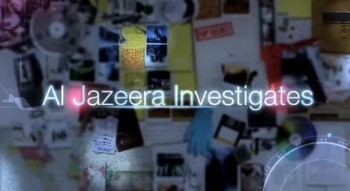 A screenshot from Al Jazeera's documentary, "The dark side: The secret world of sports doping." (Credit: Al Jazeera, screenshot)

Zimmerman’s lawsuit is posted here by The Hollywood Reporter. Zimmerman plays for the Washington Nationals.

Zimmerman’s and Howard’s lawsuits both call the claims “outrageously false and defamatory” as well as “unsubstantiated…based on uncorroborated accusations by a third party that had unequivocally recanted prior to” airing.

“Defendants knew full well that their ‘source’ had recanted his scandalous and untrue allegations against Mr. Zimmerman but, abdicating all journalistic responsibilities, Defendants nonetheless chose to publish their defamatory story in an attempt to stir scandal and increase Al Jazeera’s low ratings, no matter the cost to Mr. Zimmerman,” the lawsuits state.

Howard said in a statement, according to CSN Philly, that “Today I authorized my attorneys to file suit against Al Jazeera and its reporters. Their irresponsible reporting forced me to take this action to protect my name and to fight back against the spreading of these lies. I will have no further comment, as the filing itself contains all I need to say.”

The documentary, “The Dark Side: The secret world of sports doping,” carries this correction: “Correction: 12/28/15: An earlier version of this article reported on an allegation about possible links between Ryan Zimmerman and Ryan Howard and human growth hormone. The substance alleged was Delta 2, not HGH.”

Peyton Manning said previously he “probably” would sue Al Jazeera over the report as well, which linked him to human growth hormone.

According to CSN Philly, Howard and Zimmerman share William Burck as their lawyer in the lawsuits.

iMediaEthics has written to Al Jazeera and the two athletes’ lawyer for comment.