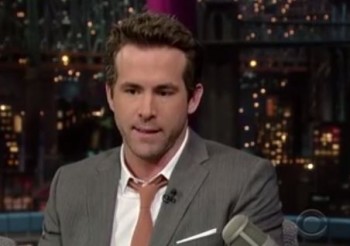 Actor Ryan Reynolds denied an anonymously sourced report that a fellow Delta Airlines passenger threw up on him while on a flight to New Orleans with Blake Lively.

The story originated from Radar Online, which quoted two anonymous sources as saying they saw it happen and that Reynolds had to take his shirt off because of the incident. Radar Online’s “exclusive” report was headlined “Fasten your Seatbelts! Hollywood Hunk Ryan Reynolds Stuns Passengers During Recent Flight — Strips Down SEMI-NAKED.”

However, Reynolds himself said the story was “utterly made-up,” in an interview with New York Magazine’s Vulture blog.

“I don’t know where that stuff comes from,” Reynolds told New York Magazine. “It’s fantastic, it sounds like a great story.” (New York Magazine acknowledged that it also reported on the plane-vomit story.)

All of the stories iMediaEthics reviewed were based solely on Radar’s report, which identified its two sources each as “eyewitness.”

And none have posted corrections or updates now that Reynolds busted the tale as false.

Below, see a list of stories on the alleged plane vomit incident.

Yeah, we can’t believe this “story” got that much media coverage either. Why so many outlets reported on such a thinly-sourced — and lame — story remains a mystery. We’ve reached out to the Daily Mail and Express for comment and will update with any response.