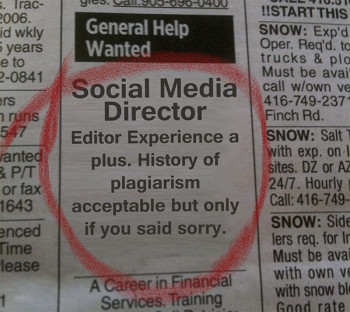 National Review must have calculated its new hire, who the magazine described as a “talented journalist, with obviously a lot to contribute,” was low risk. After all, he only plagiarized 41 of his 500 articles BuzzFeed reviewed (about 8 percent). Why else would they hire him only weeks after BuzzFeed fired him?

Calling the plagiarism a “terrible mistake,” National Review editor Rich Lowry explained their reasoning for taking a chance on a fired plagiarist: “He has owned up to it and learned from it,” Lowry told Politico.

Gawker noted Johnson even plagiarized from his now, new employer, The National Review, while he was at BuzzFeed.

Johnson was fired in late July after BuzzFeed reviewed “more than 500” of his stories following plagiarism complaints, as iMediaEthics wrote at the time.  At first, BuzzFeed stood by Johnson but then apologized, corrected his work and fired him.