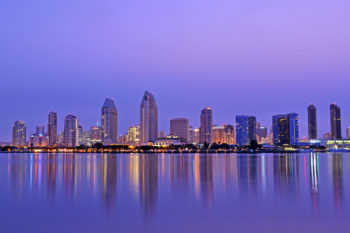 The San Diego Union-Tribune decided to name a 15-year-old boy who died earlier this month of “suicide by cop” — when someone takes actions to prompt the police to fatally injure them.

Why? Because the death took place in public and involved the police, and because the newspaper reported sensitively, readers representative Adrian Vore explained in a recent column.

The paper usually doesn’t cover suicides and typically doesn’t name the deceased, Vore wrote. Suicides “generally are not reported,” Vore explained. “Most commonly they receive only brief treatment if they occur publicly. The person is not named. A suicide by a prominent or publicly known person, such as Robin Williams, takes a longer story, and the person will be identified no matter where the death occurred.”

At first, the paper didn’t name the boy, noting that police hadn’t. “Police officials are declining to name the boy because he was a juvenile,” the Union-Tribune explained in one story. Once police did, the paper did, three days after the boy’s death. Along with those stories, the Union-Tribune included a note from Vore about the reason for identifying the boy.
iMediaEthics asked Vore for a copy of the note. Vore pointed out the note is attached to one of the stories on the boy’s  death. The note reads:
“Why we named the teen

“The Union-Tribune does not typically publish the names of suicide victims, although exceptions are made in certain circumstances.

“This is one of those cases.

“The public nature of the act and the involvement of police officers make this a more complex story and one that is centered on the search for reasons behind the tragedy.

“While some mental health experts advise media organizations not to publish the method used in a suicide – out of a concern that vulnerable individuals might be spurred to repeat the act – that information is unavoidable in this case.

Experts encourage media to act responsibly and to include information about suicide as a public health issue, which the Union-Tribune seeks to do today with a separate story by reporters Paul Sisson and Gary Warth.”

Vore asked a local expert to assess the Union-Tribune’s coverage, given the story’s prominence and the break from the paper’s standard practice. San Diego County Suicide Prevention Council program director Yeni L. Palomino told him the coverage comported with standards in reporting on suicide by not sensationalizing, providing information on how to get help, excluding excessive detail and explaining why the paper decided to report on the death.

“The stories were very careful with not oversharing unnecessarily, and the sharing that was done contrary to media recommendations for suicide was clearly addressed in a note that rings true to the uniqueness of those stories being a suicide-by-cop incident,” Palomino is quoted as saying.

Vore told iMediaEthics he hasn’t had any responses to his article about naming the boy so he assumes readers agree with the decision and explanation. Vore added that the paper hasn’t heard from the boy’s mother about its decision. “She asked for privacy and we respected that,” he wrote.

“I think we did a good job explaining, and the reporters and editors handled the stories well,” Vore e-mailed iMediaEthics. “I think readers understand this was news that needed to be reported. I was surprised we didn’t hear more about people accusing the police of overreaction. I guess people understood the position they were in and know BB guns can look identical to real guns.”

For comparison, the New York Times did not name the boy in what appears to be its only article about the death.

Teen Vogue did, as did the Times of San Diego and San Diego ABC-affiliate KGTV. iMediaEthics has written to the three outlets to ask why they did.

“I included his name because I had seen local news outlets that identified him as well as friends and family,” the author of the Teen Vogue article, Araceli Cruz, told iMediaEthics by e-mail.

The Times of San Diego‘s Chris Jennewein told iMediaEthics: “We made a decision to reveal the name after other media outlets did so. Our policy is never to be first in the case of a youth suicide, but if the name is commonly being revealed and discussed, then we do so as well. The fact that it was a major news event, as opposed to a private suicide, was also a factor.”

iMediaEthics has reported numerous stories about best practices in reporting on suicide.