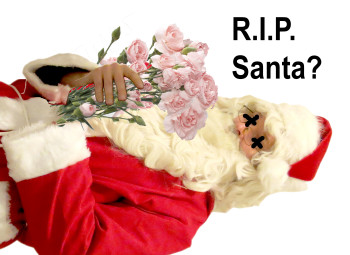 Have fun explaining this one to your kids: Norwegian newspaper Aftenposten told its readers that Santa Claus was dead.

Earlier this month, the newspaper accidentally published a death notice for Santa Claus. The notice said “Dear Father Christmas” died in Norway on Dec. 3 and would have a funeral Dec. 28 in the North Pole Chapel, according to the BBC, which noted that Aftenposten is Norway’s “second-biggest selling” newspaper.

“Santa had passed away after a very long and active life,” the obituary notice reads, the Irish Independent reported. “Our dear Father Christmas, born 12 December 1788 … died on 3 December in Nordkapp (which is Norway’s northernmost point.)”

Aftenposten apologized for the error in a statement on its website that indicated the obituary was a paid ad. Aftenposten noted that it deleted the Santa obituary, which has a cross above the obituary wording, when it found out.

“Aftenposten has strict guidelines for both the content and use of symbols in our obituaries. This ad is a violation of these and should never have been published,” the newspaper added. “The ad was removed immediately from the digital condolence pages when we were made aware of the case.”

The paper’s Dec. 4 statement didn’t say who placed the ad.

The ad wasn’t published in the print edition of the newspaper, The Independent reported.

iMediaEthics has written to Aftenposten‘s editor-in-chief for more information about its Santa death notice. We’ll update with any response.

See the death notice for good old Santa Claus below: 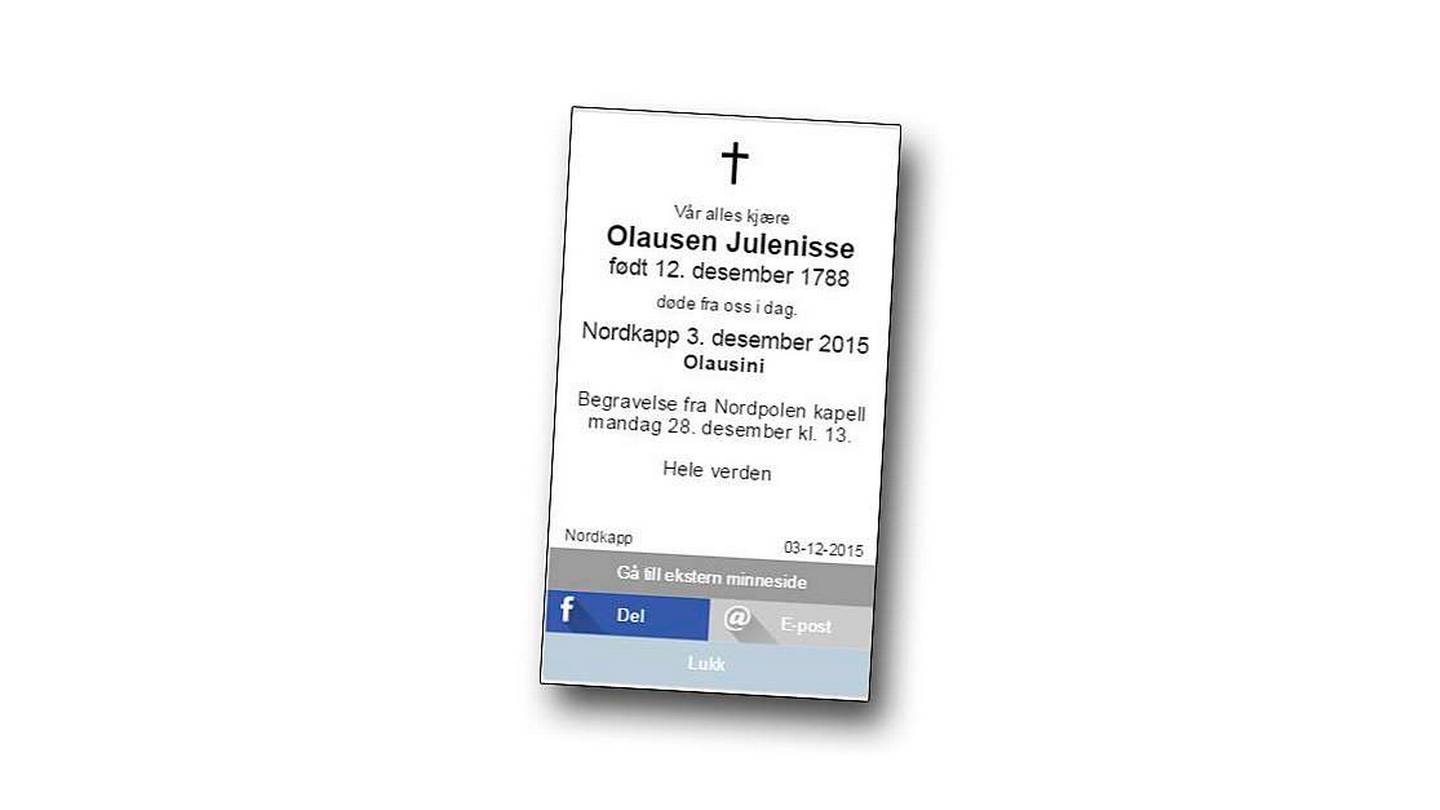