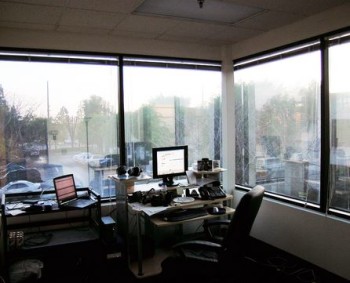 Science unpublished an article that suggested women should let men look down their shirts.

A June 1 editor’s note explains that the post “had not undergone proper editorial review prior to posting.” The editor’s note reads:

“The Ask Alice article, ‘Help! My adviser won’t stop looking down my shirt,’ on this website has been removed by Science because it did not meet our editorial standards, was inconsistent with our extensive institutional efforts to promote the role of women in science, and had not been reviewed by experts knowledgeable about laws regarding sexual harassment in the workplace. We regret that the article had not undergone proper editorial review prior to posting. Women in science, or any other field, should never be expected to tolerate unwanted sexual attention in the workplace.”

Retraction Watch pointed to the online archive of the now-deleted post.

The letter writer, “Bothered,” wrote that she has seen her postdoc married adviser “trying to look down my shirt.”

In response, the Science writer, Dr. Alice Huang, responded that “the kind of behavior you mention is common in the workplace” and that it wasn’t against the law. ” I don’t mean to suggest that leering is appropriate workplace behavior—it isn’t—but it is human and up to a point, I think, forgivable,” Huang wrote, suggesting the letter writer deal with the leering adviser.

Huang said that in part that, “Some definitions of sexual harassment do include inappropriate looking or staring, especially when it’s repeated to the point where the workplace becomes inhospitable. Has it reached that point?”

She went on, “As long as your adviser does not move on to other advances, I suggest you put up with it, with good humor if you can. Just make sure that he is listening to you and your ideas, taking in the results you are presenting, and taking your science seriously. His attention on your chest may be unwelcome, but you need his attention on your science and his best advice.”

iMediaEthics has written to Science for more information.