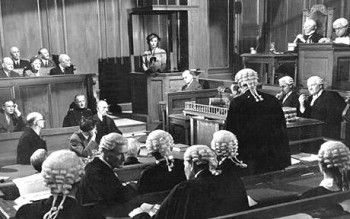 Paying a witness is OK as long as it occurs after the trial, according to the UK Press Complaints Commission, which offers some self-regulation to the UK media.

While the PCC code specifically sets narrow guidelines for payments to witnesses, the reason the PCC provides as to how the Sun didn’t violate the PCC’s code was because it didn’t pay the witness or make the financial arrangements until AFTER the trial ended in August 2013, according to a recent PCC ruling.

Whereas in the U.S., journalists would be concerned about any payment to a source because it could taint future stories, in this U.K. case, the PCC was not concerned about a source being paid; their main concern was that the payment could have affected an ongoing trial. But, since the payment was made after the trial and court proceedings were over, the PCC ruled it was OK.

The PCC’s Michael McManus told iMediaEthics that there are three specific clauses related to payment of sources:

“These cover a considerable number of situations, but there is certainly no ‘blanket ban’ on paying sources,” he told iMediaEthics.

Philippa Kennedy, the ombudsman for the Sun, told iMediaEthics by e-mail:  “It is absolutely right and proper that the PCC should investigate something like this that involves a payment to somebody who was involved in a trial.  We are very glad that the Commission found that there was no breach of the Editors’ Code of Practice.”

In its report, the PCC explained that it atypically decided to investigate the payment on its “own-volition basis,” because of the questions it raised. More typically, the PCC would only investigate based on a complaint it had received.

“The Commission did not make public its reasoning, but a payment to a witness is a concern of general public interest rather than specific to an individual, and it can also raise potential privacy concerns, so the Commission has from time to time investigated complaints under this part of the Code in this way.”

The person paid by the Sun was a witness in the trial of Joseph Townsley, who was found guilty last year of killing his nephew’s son, Frank Baxter.

According to the PCC report, the newspaper had used “material” given by the source for articles in May 2013 and on August 22, 2013. The Aug. 22 article was titled “Killed by ‘King of the Gypsies.'”

The source wasn’t paid for this information at the time of the interview.

A database search on Newsbank for the article produced an Aug. 22, 2013 article, “Uncle Joe hit Daddy with a big lorry..now Daddy’s dead- FRANK BAXTER’S 5-YEAR-OLD SON – EXCLUSIVE: FAMILY’S HORROR AT SLAYING BY ‘KING OF THE GYPSIES’.”

That article reports on comments from Willamina Baxter, the widow of Frank Baxter.

Since the report quotes the widow, the payment points to the widow as the source. The Sun would not give us official confirmation on who the source was.

After the trial ended, a freelance journalist for another news outlet wanted to interview the source and asked the Sun for the contact information, according to the PCC report.

When the Sun asked the source if she wanted the journalist to have her contact information, she agreed. The other journalist proposed paying her, so then the source went back to the Sun to ask them to pay her for the information she previously provided, the PCC’s report said.

iMediaEthics asked the PCC for confirmation of what exactly the witness provided to the Sun — was it an interview? Or was it photos, or some other information that could have been used in a news story, iMediaEthics asked.

The PCC’s McManus wouldn’t provide iMediaEthics with the specifics. “We are not able to provide further detail beyond what was in the adjudication – there are very sensitive privacy aspects I am afraid,” he wrote.

Why does the timing matter?

“A payment, or offer of payment, made to a witness while proceedings were active would not only breach the Editors’ Code, but might affect the reliability of the witness’s evidence in court, with potentially serious consequences for the administration of justice,” the PCC explained.

The code states journalists can’t make any “payment or offer of payment to a witness – or any person who may reasonably be expected to be called as a witness” after court proceedings are “active.” After a conviction, a guilty plea, or a dismissal of charges, the payment ban is lifted. Therefore, the code permits payments to sources who witnessed a crime as long there is no current or forthcoming trial or court case.