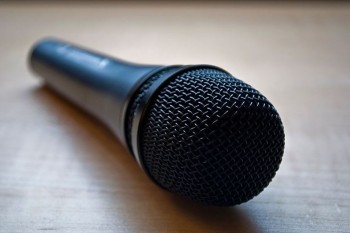 Freddie Starr is suing a woman for her comments on BBC and ITV. (Credit: Wikipedia)

A woman named Karin Ward accused comedian Freddie Starr of groping her in 1974 when she was interviewed by two news outlets – the BBC and ITV News – back in 2012.

And now, Starr is firing back, suing Ward for £300,000 for libel, the Press Gazette reported. Starr wasn’t charged because of “insufficient evidence.” Thirteen people made allegations and only one had “a realistic prospect of conviction” but the case wasn’t “in the public interest,” the UK Crown Prosecution Service said.

Starr denies groping her as well as other claims Ward made, such as that he had “wandering hands” and smelled like alcohol.

“I certainly wouldn’t do that,” Starr, 72, said in response to the groping claim, adding that it is “sick and disgusting,” as well as false, saying he didn’t drink and that he didn’t cheat on his then-wife, who was at the show with him. He also said that he himself was “sexually abused as a youngster” and “could never do [that] to anyone.”

The alleged incident reportedly happened in the 1970s when Ward was 15 and in the audience of Jimmy Savile’s show. Starr was in the studio, as a photo shows Ward sitting in a row behind him. Savile, who died in 2011, “is believed to have abused at least 500 girls and boys, some as young as two, most between 13 and 15, as well as countless adults ranging up to 75 years old,” the Washington Post reported last year.

According to the Press Gazette, Ward denies that she defamed him and “relies on the defences of justification and public interest.”

Starr denied other allegations, including that he French-kissed another 15-year-old at the show and that he gave a pubic hair to a third 15-year-old.

Starr suggested the three then-15-year-olds coordinated their stories, saying in court, according to the Independent: “They all went to the same school, wore the same school tie and they are all telling lies, and that’s the truth of the matter. This whole thing is ridiculous.”

Ward criticized the BBC and ITV for putting her in a “vulnerable” position with the interviews, saying they were “leaving her on her own” to financially cover the court battle.

Ward had been interviewed for a BBC Newsnight report on allegations against Savile, not Starr. The BBC didn’t air that report but a year later aired a report on its Panorama program. She was “the first of Savile’s alleged victims to speak out,” according to the Guardian. Ward told the Mail that the BBC said it wouldn’t name Starr but then “ignored” that and aired her interview in a different program without her approval.

“The BBC turned up uninvited in my life when I was very vulnerable, suffering from cancer and asked for my help to make their programme,” Ward told the Daily Mail earlier this year.

Ward said she felt “pressurised” to participate in the interview, adding, “I would never have done so if I had known that I could be sued, that they would not support me and I was on my own in all this.”

ITV interviewed her for its documentary “Exposure: the Other Side of Jimmy Savile,” where she said : “I was horribly, horribly humiliated by Freddie Starr who had a bad attack of wandering hands and had groped me and I didn’t like him because he smelled like my stepfather and it frightened me and freaked me out and I rebuffed him and he humiliated me in front of everyone in the dressing room.”

iMediaEthics has written to ITV, Ward’s lawyer and Starr’s lawyer. The BBC declined to comment.