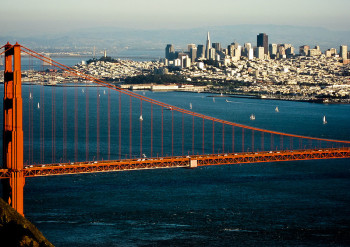 The San Francisco Examiner promises to uphold its independence after questions were raised.

Earlier this month, San Francisco Magazine reported that San Francisco Media Company, which publishes the Examiner and SF Weekly, “parted ways with three editorial employees.” Further, the magazine reported anonymously-sourced claims that publisher Glenn Zuehls said that “there’s no wall” between advertising and editorial and that editorial should write a positive cover story about an advertiser after a threat of ad loss.

Zuehls told Columbia Journalism Review that he wouldn’t have editorial do puff pieces to please advertisers.

“After talks with Michael Howerton, SFMC’s vice president of editorial, regarding the value of preserving and publishing an independent editorial voice for San Francisco, I have rethought my initial idea of using an SF Weekly cover story to make up for a prior piece that found disfavor with an important advertiser,” Zuehls told CJR. “The staff rightly objected to my request to write a positive article about the client.”

“I realize in subsequent discussions with my editorial leadership that there are better ways to try and resolve this situation with an unhappy advertising client. We made a mistake in writing the story and the mistake was compounded by my approach to remedy it. Emotions were high in the office last week, as they always are when a news organization has to deal with editorial layoffs and cost-cutting measures, as we were. We will continue to work together to produce the best possible papers we can.”

In an editor’s note Aug. 7, San Francisco Media Company vice president of editorial Michael Howerton reported that despite the “drama,” “the result of the turmoil was that we, as a media company, reaffirm and adamantly defend the importance of an independent editorial voice and a free press for San Francisco,” he wrote. By maintaining independence, the paper can “deliver trusted news…maintain credibility…and to go after important stories.”

Howerton added that news independence is good not just for the newspaper and its readers, but also advertisers. “Only as an independent voice can we truly serve our advertisers, as well, since without that trust and integrity, the news we publish would not attract serious interest and, thus, our ads would rightly go unseen,” he wrote.

“I am happy to report we uphold those beliefs, both at the Examiner and the SF Weekly. Under current ownership, we have never violated that trust, and after a close call this week at the SF Weekly, we hereby vow to redouble our efforts to uphold that tradition.”

Howerton added: “We had many difficult talks this week in both newsrooms. The newsrooms sit next to each other, sharing a common wall, so even though both strive to offer a unique view on The City — and occasionally scoop each other on stories — the staff of each are colleagues, and ethical issues concerning one affect the other.
Hat Tip: Joe Fitz Rodriguez/Jim Romenesko

UPDATE: 8/18/2015 9:47 AM EST Made copy edits, including noting the SF magazine story was earlier this month not last week.