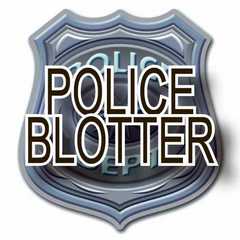 Editor’s Note:  Many college newspapers publish police blotters, which in today’s online world, link students to their youthful indiscretions permanently.  Often, these crimes are non-violent.  Should college newspapers give students a second chance and agree to unpublish names from their blotters?  Do college newspapers have policies established to help guide these student journalists through student requests to unpublish? iMediaEthics’ summer intern, Corinne Segal, looked into college newspapers at ten U.S. universities with the highest enrollment to see how these campus papers handle police reports and unpublishing requests.

She found that all ten newspapers publish some form of crime stories and nine of the ten will name students if that information is available or if there are formal charges. None of the ten newspapers will unpublish unless there is a factual error or someone’s safety could be jeopardized. Unpublishing would be handled on a case-by-case scenario, but only one newspaper publishes its unpublishing policy.

One University of Iowa student’s name, age and address were online, along with the date that he had been charged with possession of alcohol under the legal age (PAULA).

Anyone could see this information online at the Daily Iowan, his student newspaper.

Until iMediaEthics contacted him, the student, a rising senior, said he didn’t know that according to the Daily Iowan’s policy, he could request the paper to remove the report from its website.  (iMediaEthics granted anonymity to this student given the nature of this report.)

The student criticized the Daily Iowan for failing to publicize this policy.

According to the student, his penalty for the April 2011 PAULA was a $330 fine, which he paid. The student told iMediaEthics in an email that he plans to pursue expungement under Iowa Code 123.47, which allows an Iowa court to delete the record of a PAULA as long as the offender “has had no other criminal convictions” for two years following the PAULA .

However, if iMediaEthics had not told him about the Daily Iowan’s policy, his youthful indiscretion may have remained online years after the courts had expunged the offense.

The student, who has now succeeded in getting the newspaper to remove the police blotter report, commented that college newspapers should take students’ futures into account when making the decision of whether to publish their names in connection with this crime.

Further, he questioned if there really is any news value in reporting an underage student caught drinking. “I can understand reporting serious offenses but a PAULA seems trivial,” he stated. “We’re all just trying to live and learn from our mistakes during college and would like to end up with good careers so it would be nice if we weren’t haunted by silly mistakes from the past.”