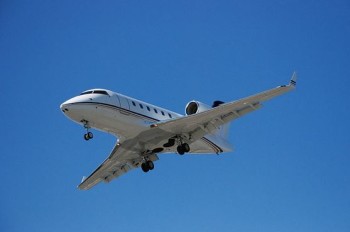 The Lancaster Online admitted the cartoon was “plain wrong,” and “trivialized and demeaned” slavery.

Lancaster Online editor Barb Roda told iMediaEthics the cartoon was only published in print, but the newspaper published the apology “in print, online and is part of the eEdition.”  Roda said that the newspaper received “dozens of complaints.”

“This editorial cartoon should have never been chosen to run in our newspaper,” Roda said.  “That callous choice caused deep and enduring pain to  people throughout our community. We apologized because it was the right thing to do.”

Roda said the cartoon was by Robert Ariail and distributed by Universal UClick.

“It compared a slave ship packed tight with human beings brought to America for a life of forced servitude with the discomfort of airline seating.

“To somehow link the inconveniences of air travel with slavery in general and the slave ships in particular was not only just plain wrong it was deeply hurtful to our African American community and all those who understand the horrors inflicted on the men and women forced into the slave trade.”

Lancaster Online has also published at least two critical letters to the editor.

According to the apology, the cartoon wasn’t by a staffer. It was a “nationally syndicated” cartoon, according to The Guardian. The Wisconsin Sheboygan Press also published the cartoon, The Guardian noted, and received criticism.

Robert Ariail, the cartoonist, told iMediaEthics that he had apologized to Lancaster Online for “the trouble my cartoon had caused and for it offending so many readers of the paper.”

“That was certainly not my intention. This was a use of hyperbole to compare cramped airline seating with the most extreme example. The image of the historic slave ship illustration came to mind and even the shape of the ship’s hull mirrored that of a modern airplane fuselage. I did not mean to trivialize slavery in this cartoon, but to many it did just that,” he wrote.

He added that Universal, the company that syndicates his cartoon, told him they hadn’t had “any similar reaction to the cartoon,” which was made available to “over 600 papers across the country.”

“I believe reasonable folks who do not see the world through politically correct lenses would not interpret this as intentionally racist or hurtful,” Ariail wrote.