So How Pregnant is Glee Star? US Weekly says 3 months, then 10 hours later

So How Pregnant is Glee Star? US Weekly says 3 months, then 10 hours later reports 6 months 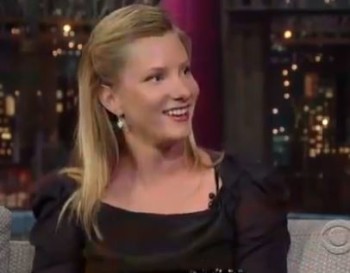 But, Us Weekly better check back with its sources. In back-to-back reports on April 3, the magazine said Morris is three months pregnant, and then ten hours later, it reported that she is six months pregnant.

So what gives? At 8 AM, Us quoted its anonymous source as saying Morris is “a little more than three months along and starting to show.”

By 6 PM, Us claimed she was “about six months along.” And there wasn’t any sourcing for that claim.

Commenter “Jane337” on Us’s website noted the impossible contradiction and called out Us for its sloppy reporting:  “Who writes these????  2 different articles by US Mag.  with a 3 month difference?”

Due to an editing error, an earlier version of this story said Us Weekly’s stories were eight hours apart. They were ten hours apart.

So How Pregnant is Glee Star? US Weekly says 3 months, then 10 hours later reports 6 months