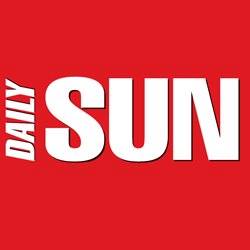 “I have said umpteen times that a publication is not justified to publish an allegation just because someone has made it – there has to be some possibility that the allegation is, or could be, reasonably true,” the South African press ombudsman Johan Retief reminded. “There should be some form of verification. If, for example, someone slanders a person (i.e. makes an untrue statement that significantly lowers that person’s reputation and that is not in the public interest – I shall shortly return to this matter), the publication of such a statement would also be defamatory.”

Retief argued the “flickering lights should have turned to orange” when the Sun reviewed the article before publication. iMediaEthics has written to the Sun and tweeted the accused church leader Shepherd Bushiri’s representative.

“It was not a case of systems failure or ethical lapse at the newspaper – there just were no systems at all. The errors committed by Daily Sun were basic and should have been picked up, even by inexperienced journalists! It is either the people who placed the story on page 1 had willed themselves to cause Prophet Bushiri harm or had no inkling what it means to edit a newspaper,” he e-mailed iMediaEthics.

“This is an indictment on a sector that is supposed to be the primary sense-maker of information in society, especially now in the age of fake news and misinformation! Of course the ECG church and its leadership accepts criticism where such is due, but also expects journalists to do journalism – i.e. – establish the veracity of the facts on which their news stories rely! That’s what is supposed to distinguish information from newspapers to what is circulated through untraceable Twitter Accounts. What Daily Sun did is un-journalism, so to speak!”

The Sun stood by its reporting as in the public interest and said it contacted the church’s spokesperson who said “we are not aware of this.”

The South African press ombudsman, however, slammed the Sun‘s reporting. “Let me state, in general, that the more serious an allegation, the greater the possibility of causing unnecessary harm – and therefore the more wary the media should be in publishing such a statement,” he cautioned. Retief asked why the Sun reported on anonymous claims made second hand and asked why the organization #NotinMyNameSA didn’t contact the church to raise concerns before going to the media.

“Yes, the newspaper wanted to interview [the accusers]. The fact that it was prohibited from doing so, should have persuaded the editor not to publish,” Retief wrote. “A proper decision to publish or not should only have been taken after such interviews. I find it strange that the newspaper was not allowed to speak to the accusers – surely, it was not going to reveal their identity?”

Retief also said in his opinion it was “against the public interest to publish such serious allegations and to identify the preacher and church under circumstances such as these.” Retief noted he wasn’t ruling on the veracity of the claims, but rather the reporting.