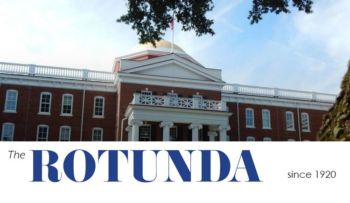 Fake news is all the talk in mainstream and social media, but student publications have largely been left out of that conversation. But now, that may change.

A student reporter for The Rotunda, the campus paper at Virginia’s Longwood University, has been accused of making up quotes for a story that was published Aug. 29. Rather than await a hearing on those accusations, however, the reporter resigned from the newspaper and the story was then retracted. The link to the article leads to an error page.

Halle Parker, the Rotunda‘s editor-in-chief, disclosed the fake quote claims in an Oct. 16 retraction that explained the timeline of what happened.

According to Parker, a source told the Rotunda in early October she didn’t say the quotes in the now-retracted article. That article was headlined, “With the upcoming involvement fair, students can find their place in one of over 175 orgs.”  The only source quoted in the story was another student, and that student complained to Parker. Parker, in turn, set up a meeting with both the reporter and the source to find out what happened. But, before the meeting could take place, the reporter resigned.

iMediaEthics contacted the reporter listed on the story’s byline, which we found via a cache, as well as the student who was quoted to ask for more information about the incident.

Parker’s editor’s note added that the Rotunda is “organizing an internal ethics presentation for all our staff members.” Moving forward, the outlet plans “to require at least two credible sources no matter the topic” and “more extensive fact-checking.” Parker told iMediaEthics by e-mail, “As stated in our retraction, our organization conducted an investigation as the information came to light. The former reporter apologized to the staff for the mistake, accepting responsibility.”

The Rotunda is still reviewing the reporter’s other work for the Rotunda, Parker said.

In the editor’s note, Parker said the Rotunda wasn’t naming the reporter to offer “a chance to learn from past mistakes without publicly marring the record for future career opportunities.”

iMediaEthics asked the Society of Professional Journalists’ ethics chair Andrew Seaman and Poynter’s Journalism Ethics Chair Indira Lakshmanan what they thought of the Rotunda‘s decision to not name the student.

Seaman told iMediaEthics that he is “usually a bit more forgiving to student newspapers and media on these matters. I view them like college chemistry labs. I want the students to make mistakes and be corrected in those settings. Instead of professional settings. ” He added, “Fabricating quotes is obviously a very serious charge, but we don’t know the specifics. Maybe it was a freshman. Maybe they never took a journalism course…My hope is that the school uses this as an educational opportunity and identifies areas of its training that needs reinforcement.”

Lakshmanan wrote that in general, while an investigation at a student newspaper is ongoing she would wait to name because “if the student is found innocent, how do you give them their reputation back?”