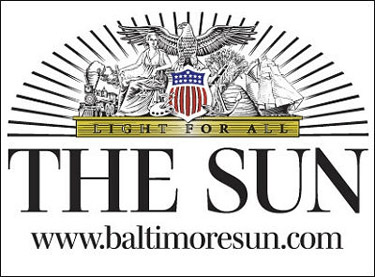 Mainstream media in Baltimore, like the Baltimore Sun, were responsible for 90 percent of original news reporting during one week according to a new study.

A study by the Project for Excellence in Journalism has found that 95% of original stories (those with new information) came from newspapers (rather than “new” media like blogs and online news sites) during one week in the city of Baltimore. These very limited results were incorrectly applied by some to the entire nation instead of only one city during one week.

The New York Times, for example, heralded the finding as a validation of the role of mainstream media, writing “the great majority of actual reporting still comes from newspapers.” The Los Angeles Times writes, “As the number of sources for news proliferates on digital platforms, most original reporting still comes from newspapers, television and radio.”

But since the study itself is a single snap shot of one city, how can it be accurately used to generalize the state of the entire nation?

Only looking at Baltimore, and only surveying one week’s worth of news, the finding is not robust enough to suggest that the same trends are necessarily at work over the whole of media in the rest of American towns and cities. The Baltimore study traced 6 major news threads and 53 different news outlets that “regularly produce some kind of local news content.” The fact is other cities will  have more or fewer news produces, as well as different ratios of papers to blogs to radio shows, etc. Moreover, the novelty of coverage may have been distributed differently if the study had depended upon different news events than the local fare they selected.:

But though the results might not be nationally applicable, it is striking that during one week in Baltimore, traditional media won out hands down over so-called “new media.” According to the PEJ’s report on the study there were only two cases of new media breaking stories during the week,

One came from the police Twitter feed in Baltimore, an example of a news maker breaking news directly to the public rather than through the press. Another was a story noticed by a local blog, that the mainstream press nearly missed entirely, involving a plan by the state to put listening devices on buses to deter crime. A newspaper reporter noticed the blog and then reported on the story, which led the state to rescind the plan.

Among the six major news threads studied in depth—which included stories about budgets, crime, a plan involving transit buses, and the sale of a local theater—fully 83% of stories were essentially repetitive, conveying no new information. Of the 17% that did contain new information, nearly all came from traditional media either in their legacy platforms or in new digital ones.

At the same time, the study reveals, at least in Baltimore, that thought newspapers might be winning the race, they’re not doing nearly as good a job at breaking news as they have in the past. PEJ reports,

For all of 2009, for instance, the Sun produced 32% fewer stories on any subject than it did in 1999, and 73% fewer stories than in 1991, when the company still published an evening and morning paper with competing newsrooms. [1] And a comparison of one major story during the week studied—about state budget cuts—found newspapers in the area produced only one-third as many stories in 2009 as they did the last time the state made a similar round of budget cuts in 1991, and the Baltimore Sun one seventh as many.

Arguably, new media should be stepping in to fill that gap. But unfortunately, at least in Baltimore, this study suggests they are not performing that role. More research that can test the findings of this survey against trends in other cities would help to contextualize these results, and answer more questions about how our news gather and reporting systems are really doing.

Check out the full results of the study here.