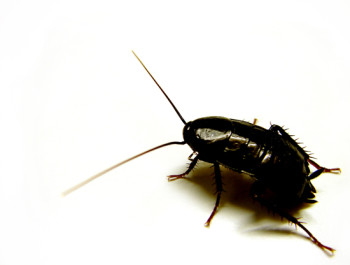 Readers complained but the Sun has so far stood by columnist Katie Hopkins who recently compared African migrants to “cockroaches,’ the Press Gazette reported.

The Sun’s head of public relations told iMediaEthics by e-mail, “The Sun has no plans to sack Katie Hopkins.”

“Make no mistake, these migrants are like cockroaches. They might look a bit ‘Bob Geldof’s Ethiopia circa 1984’, but they are built to survive a nuclear bomb. They are survivors.

“Once gunships have driven them back to their shores, boats need to be confiscated and burned on a huge bonfire,” she went on, according to the Press Gazette.

The full article is behind a paywall, iMediaEthics notes. Despite the complaints, “the column remains online and does not appear to have been changed in response to complaints,” the Press Gazette reported.

More than 250,000 people have called for the Sun to “remove Katie Hopkins as a columnist.”  The Change.org petition states:“Katie Hopkins’ malicious words were once more published in The Sun newspaper on the 17th April in an article on Mediterranean migrants, following the sinking of a migrant vessel on the 12th of April which saw 400 people drown.”

It goes on: “These people, who can pay sums of £10,000 and sometimes more to make this desperate journey, were called cockroaches by Katie Hopkins. Inexplicably, she described them as ‘feral humans’ despite her own flagrant lack of humanity.”

“I am not attacking her right to an opinion, however I do not believe The Sun newspaper should encourage these poisonous opinions,” the petition added.

The Sun told iMediaEthics: “I don’t comment on internet petitions.”

IPSO, the press regulator in the UK, told iMediaEthics that “IPSO has received well over 100 complaints in relation to last Friday’s Hopkins article in the Sun. We are collating them and considering whether the Code may have been breached.
‎If so, they will then enter the usual process, including an opportunity for the publication to respond.”