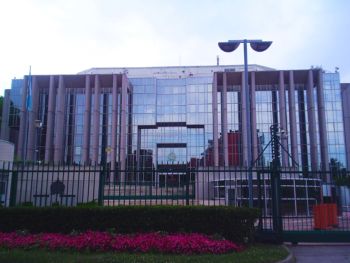 Swedish authorities are seeking an international arrest warrant for Australian WikiLeaks founder Julian Assange. As Assange’s whereabouts are reportedly unknown, does this mean there will be an international manhunt for the controversial whistleblower and activist?

“An international arrest warrant will be issued,” The Local reported Swedish public prosecution director Marianne Ny said in a statement.

Ny sought and received an order to detain Assange today, IDG News reported.  Assange will “be detained in absentia,” Alan Camitz, “a Stockholm district court judge on the case,”  is quoted as telling the AFP.

Since Swedish authorities were granted the detaining order, Swedish prosecutors can ask for an international warrant, Bloomberg News reported. Ny explained that she “would seek Assange’s arrest through Interpol,” the AP reported.

Assange has been accused of rape and sexual molestation by two Swedish women.  The charges are “probable cause suspected of rape, sexual molestation and unlawful coercion,” according to the Local.  As the New York Times explained, the two women claim “they had consensual sexual encounters with Mr. Assange that became nonconsensual.”

The Wall Street Journal explained: “Under Swedish law, a detention is a decision by a court which allows the police to hold a suspect for a longer period of time than through an arrest.”

Lawyers for Assange in Sweden and Great Britain have denied the charges and criticized the prosecution.

His Swedish lawyer, Björn Hurtig, reportedly told Dow Jones Newswires that Assange denies the charges.  “I think there is strong reason to question the judgment of the Swedish prosecution service, considering this case was closed earlier,” Hurtig is quoted as saying by the Wall Street Journal.

“Over the last three months, despite numerous demands, neither Mr. Assange, nor his legal counsel have received a single word in writing from the Swedish authorities relating to the allegations,” Stephens said in a statement, according to The New York Times.

The AP reported that Sweden’s public prosecution director, Marianne Ny, asked for the petition for Assange’s detention because “so far, we have not been able to meet with him to accomplish the interrogation.”

Earlier this month, The Local reported that Assange said he “planned to sue” Sweden for damages “over the handling of rape allegations.”

An arrest warrant was originally issued for Assange on Aug. 20 for these charges.  But, as the Local noted, a different prosecutor “abruptly withdrew the warrant later on the Saturday and canceled the rape charges a few days later, only to see her decision appealed and the rape case reopened by yet another prosecutor.”

iMediaEthics wrote last month about Assange walking off the set in the middle of a CNN interview because the reporter, Atika Shubert, asked him about the rape and sexual molestation allegations. Assange was also denied an application for residency in Sweden last month.

UPDATE: 12/2/2010 10:03 AM EST: Christian Science Monitor reported this morning that “Police in Britain know WikiLeaks founder Julian Assange’s whereabouts in the country, but have not acted on an international arrest warrant for him.”