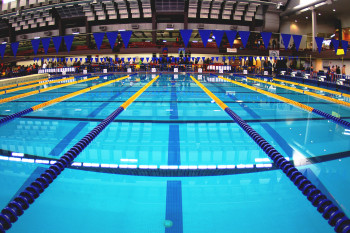 The commentary by Casey Barrett, “Are Katinka Hosszu’s performances being aided?“, is not dated but, judging by the comments, it was published in May 2015. “Katinka Hosszu is the best all-around swimmer on earth right now… What everyone is talking about, but no one wants to say…,” the article begins, next admitting: “There is no proof” and that Hosszu “has never failed a drug test.” Barrett isn’t just a random writer; he is a former Canadian swimmer and Olympic athlete.

Then why raise the question? Barrett argued “there never is” proof and that essentially he thinks Hosszu is too good of a swimmer to not be doping.

Swimming World seemingly distances itself from the commentary by adding at the bottom of the article: “The above commentary is the opinion of the author and does not necessarily reflect the views of Swimming World Magazine nor its staff.”

Also at the end of Barrett’s commentary is a “note” that reads, “The Hungarian Swimming Federation issued a statement defending Katinka Hosszu after this commentary was posted.”  The association called the article defamatory, pointed out there was no evidence for the claims, and noted that Hosszu has passed doping tests throughout the  years.

“With regards this fact, we cannot understand why such a prestigious media platform finds it necessary to give floor for these humiliating accusations (speculations). This is absolutely not in line with the approach we have experienced in the past from Swimming World which ensured international recognition for your website and magazine,” the association added.

For its part, Swimming World printed a “publisher’s note” from Brent Rutemiller” saying that “by publishing the Hungarian Swimming Association statement above, Swimming World does not admit that the article was an act of defamation but merely observations reported by an experienced writer.”

Hosszu personally denied the accusations in a press conference earlier this year, SwimSwam reported. “I deny these hurtful allegations as false and as entirely inconsistent with my character, my belief system, and the spirit of competition.” She went on to say the Swimming World writer, Barrett, “is wrong, he has hurt me, and in doing so has also hurt the sport. His allegations are false, and as he admits, he has no proof because there is no proof. There will never be any proof because the premise of the story is false. I have never taken performance enhancing drugs and in my mind no amount of money or fame could justify selling my soul simply to win.”