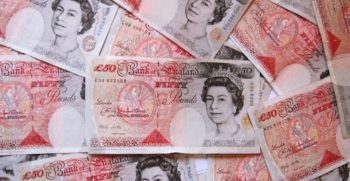 The UK Sunday Telegraph defamed Mohammed Kozbar, the general secretary of the Finsbury Park mosque in London. The article claimed Kozbar blamed the UK for ISIS.

The Telegraph published a statement on its website saying that it is paying Kozbar “substantial damages” to settle the case after a court ruled the article was defamatory. Those damages were £30,000 (about $40,000 U.S.), iMediaEthics confirmed with Kozbar’s lawyers.

In a statement sent to iMediaEthics, Kozbar said he was “delighted” with the settlement “but regret the lengthy and attritional process that was required to reach this point rather than the newspaper simply apologising and admitting fault.” He added that he “felt that a defamation claim was the only option.” He called the article “an attack on me but also my faith community.”

The article by Andrew Gilligan was headlined, “Corbyn and the mosque leader who blames the UK for Isil,” and published in March 2016.

The open court statement said that Kozbar attempted to get resolution through IPSO, the UK press regulator. But he wasn’t ultimately satisfied because he wanted a retraction and the Telegraph only published a correction. IPSO didn’t rule on his accuracy and discrimination complaint because Kozbar said he would drop his complaint after that correction.

The statement also says that despite the Telegraph‘s claim, Kozbar wasn’t contacted for comment before publication.

“The article comprised a partisan attack on Jeremy Corbyn, the methodology of which was to associate him with Mr Kozbar, whom the article went on wrongly to accuse of in effect being no better role model for the lslamic faith and leader of the mosque than his predecessor, the notorious Abu Hamza,” the statement reads.

Until 2005, the Finsbury Park mosque was affiliated with radical cleric Abu Hamza, who was extradited to the U.S. in 2012 and sentenced to two life sentences for terrorism.

The statement continues that Kozbar was upset the article suggested that he “has dishonestly presented himself as a moderate and reputable Muslim figure when he is in fact a supporter of violent lslamic extremism who has praised and encouraged terrorism; an allegation which Mr Kozbar categorically denies.”

“It was not just myself who was the target of this article, it was Jeremy Corbyn,” Kozbar said, according to the Guardian. “The aim was to damage the reputation of Jeremy and make his progress with the Labour party more difficult.”

“Mr Mohammed Kozbar issued a libel claim in relation to an article published on 13 March 2016 headed “Corbyn and the mosque leader who blames the UK for Isil”. The court ruled that the article was defamatory of Mr Kozbar. The Daily Telegraph has accepted an offer to settle the claim by payment of substantial damages and his costs to be agreed. A statement on the case will be read in court by solicitors for Mr Kozbar.”

Last year, the Finsbury Park Mosque received a £10,000 payout from Thomson Reuters after wrongly linking it to terrorism in a database.
UPDATED: 5/13/2018 Updated headline