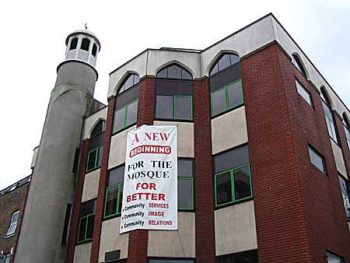 Thomson Reuters is paying British Finsbury Park Mosque £10,000 after one of its databases linked the mosque to terrorism. Reuters, the news service, wasn’t involved, despite Reuters Ltd being listed as a defendant, according to The Baron, an independent site that monitors Reuters content.

Thomson Reuters confirmed to iMediaEthics that the database that linked the mosque to terrorism, World Check “is a Thomson Reuters product, and is not related to the Reuters news agency side of the business.” World Check aggregates “financial crime data from the public domain,” according to Thomson Reuters’ spokesperson.

The error was apparently made because the database was reliant on old information.  The Guardian provided some background on the mosque: “Finsbury Park mosque was associated with the radical cleric Abu Hamza until 2005, when it was taken over by new management. Now led by Mohamed Kozbar, it is seen as a model of community relations.” Hamza was extradited from the UK to the United States in 2012, and he was given two life sentences by a U.S. federal court in 2015.

iMediaEthics has contacted the mosque for comment. In a statement on its Facebook page, the mosque said

According to The Baron, which focuses on sharing information related to Reuters, Thomson Reuters’ “international risk database World-Check, a subscription service that publishes profiles for law enforcement agencies, regulatory bodies, banks, financial institutions and other financial organisations” had listed it in the “terrorism” category. As a result, the mosque had problems getting banks to work with it.

Finsbury Park Mosque found out about being linked to terrorism from the BBC in 2015, and started the process of suing for libel in 2016, according to the court statement Thomson Reuters made.

“We have made clear in the court statement our regret for publishing certain allegations concerning Finsbury Park Mosque.

“All profiles on World-Check are reviewed on an ongoing basis. A clear privacy statement online sets out how any individual can contact us if they believe any of the information held is inaccurate, and we would urge them to do so.”