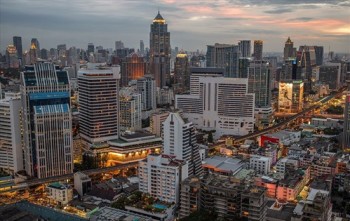 He didn’t actually write the 2009 article in question; Giles Ji Ungpakorn did. Ungpakorn is also charged with libel, but fled for the United Kingdom, the Committee to Protect Journalists says.

The ruling was made by a military court, Australia’s News.com.au reported.

“Thailand’s lese majeste law is considered the harshest in the world, with those accused of defaming, insulting or threatening the monarchy facing jail terms ranging from three to 15 years,” News.com.au added.