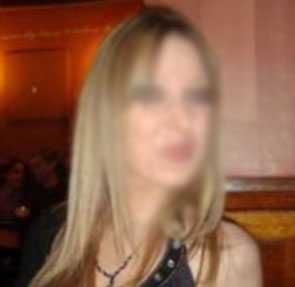 The reason for Nichola Paginton's death became a story in several U.S. and U.K. newspapers, including The Metro, even though she is not a public figure and the story is not in the public's interest. Photo blurred by StinkyJournalism (Credit:The Metro)

Several newspapers, including the British daily The Metro, published stories about Nichola Paginton, who died last October of heart failure likely as a result of “sexual excitement.”  Along with a story explaining the state in which Paginton was found and why she died, The Metro also posted a photo – unblurred – of the late 30-year-old nanny.

Will Sturgeon wrote on The Media Blog July 11 that “this should have been a private affair but sadly The Metro was tempted into running this because of the tasteless potential for an eye-catching headline.”

Sturgeon also criticized The Metro for running the story because Paginton was not a public figure. He also noted the newspaper didn’t run a story when she died and guessed that The Metro wouldn’t have published a story on her death caused by heart failure if she had died in a less sensational manner,

“Would The Metro have run the story if it had been a telephone or an alarm that triggered this heart attack, thus clarifying they considered the death itself – rather than the potential cause of death – the newsworthy event? I’m guessing not. Did they even cover the actual death back in October 2009, in some way supporting an interest in the actual story? No, just the details of the inquest nine months later,” Sturgeon wrote.

A photo of Paginton and a link to the Metro story was originally posted with Sturgeon’s Media Blog story but both were removed by July 12.  In an update to Sturgeon’s story on July 12 at 12:45 PM, The Media Blog explains “We have removed the link and image of the original Metro story as we accept even linking to these could be seen as inappropriate.”

Almost all of the 26 comments on the story expressed disapproval with the newspaper for running the story, which Sturgeon highlighted.  Commenters called the article disgusting, “a new low,” insensitive, tasteless,” “pathetic,” immoral and unethical, shameful, and disgraceful.

The U.K. National Union of Journalists’ code of ethics advises that journalists do “nothing to intrude into anybody’s private life, grief or distress unless justified by overriding consideration of the public interest.”