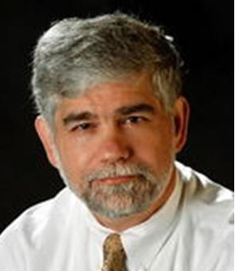 The Terri Horman murder plot article, written by The Oregonian’s Maxine Bernstein, revealed an alleged plot to kill Kaine Horman, the father of Kyron Horman, a 7-year-old boy who went missing June 4.  Kaine’s stepmother, Terri Horman, was the last person to see him and while not called “a person of interest,” the police “have focused their investigation on her,” The Boston Herald reported July 10.

“A landscaper who worked for Kyron Horman’s family at their rural Northwest Portland home told authorities that the missing boy’s stepmom offered to pay him to kill her husband,” Bernstein wrote.

Complaints about the story were that plot’s story was anonymously sourced and that it was “tabloid-y,” Bhatia wrote.

Bhatia wrote that the newspaper isn’t a fan of using anonymous sources in articles, “but sometimes the public interest and benefit tips the balance to using such sources” and that without the use of anonymous sources, the story couldn’t have published.

Explaining Bernstein’s reporting process, Bhatia noted that court records made public July 8 confirmed the plot and that Bernstein independently confirmed the story with the landscaper.

Bernstein’s story does explain that she tried to contact Terri Horman, Terri Horman’s attorney,  and Kaine Horman’s attorney for information, but they either were not available or declined to comment.  Bernstein reported that she did interview the landscaper, but didn’t name him “to protect his identity as a cooperating witness in an ongoing criminal investigation.”

The Society of Professional Journalists’ code of ethics advises that journalists “identify sources whenever feasible. The public is entitled to as much information as possible on sources’ reliability.”