'The Streisand Effect' : How trying supress public information can backfire

‘The Streisand Effect’ : How trying suppress public information can backfire 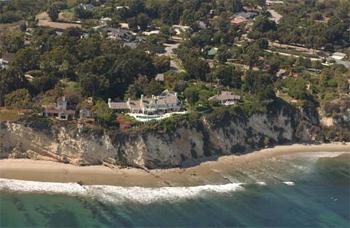 Barbara Streisand tried to force the California Coastal Records Project web site to remove a photo of her beach house--see image above--by filing a lawsuit and citing "anti-paparazzi laws." In the end, her fight for privacy created the opposite result--more people saw her house than if she would have done nothing.

Mike Masnick, Techdirt blog, coined a term “The Streisand effect.” David Canton defined it as “what happens when someone tries to suppress something and the opposite occurs. The act of suppressing it raises the profile, making it much more well known than it otherwise would have been.”

The original controversy started when an environmentalist took photographs in 2002 for the California Coastal Records Project to monitor erosion. Barbara Streisand’s house was only one of 12,000 images listed on a web site. According to Canton, who is an attorney, Streisand sued claiming that the posted photo “violated anti-paparazzi laws and demanded it be taken offline.”

By Feb 2003, the web site received a threatening letter which it posted with a headline– “Barbra Streisand Sues to Suppress Free Speech Protection for Widely Acclaimed Website.” The gauntlet was thrown down with the statement: “We refuse to be intimidated by these tactics, which would undermine our constitutional protection of free speech and which would compromise the integrity of this historical and scientific database.” California Coastal Records Project soon posted a second threatening letter from Streisand’s lawyers, and so on..

The photo of her house– that if left alone would probably have gone unnoticed– is suddenly a focus in a high profile fight where the client, Streisand, does not possess the high ground. In the end, Streisand was ordered to pay $177,107.54 for the web site’s “legal fees and court costs.” Canton also recommends the Wikipedia entry on the subject.

‘The Streisand Effect’ : How trying suppress public information can backfire