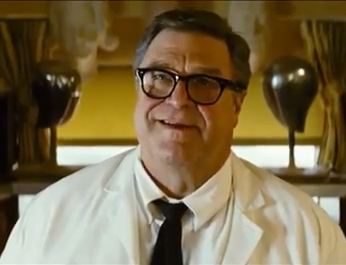 The UK Telegraph wrongly reported that actor John Goodman was in the 1980s TV show Cheers.

The Telegraph‘s story said that Goodman “made his name in the 1980s television series Cheers.”

But, Goodman’s IMDB profile confirms that he wasn’t cast in Cheers.

Adam Penenberg, who tweeted about the error, suggested the Telegraph was mixing up Goodman with actor George Wendt, who played Norm.

George Wendt as Norm in an episode of Cheers. (Credit: YouTube, “MyyyClips,” screenshot)

Or perhaps the Telegraph was confusing Cheers with Roseanne, a 1980s-1990s TV show Goodman did star in?

The Telegraph’s Richard Holt, who wrote the article in question, confirmed to iMediaEthics he meant to write Roseanne — not Cheers — but made a “mistake.”  Holt said he’d get it corrected.