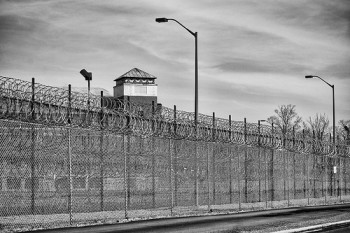 The Boston Herald must pay a woman named Joanna Marinova more than half a million dollars in a libel verdict, Massachusetts Lawyers Weekly reported. Marinova is the co-director of Massachussets nonprofit Press Pass TV, which “uses the power of media arts to provide meaningful employment and education for youth living in low-income neighborhoods,” according to its website.

Marinova sued the Herald and its reporter Jessica Van Sack for libel over the May 28, 2009 article, “Rep. Gloria Fox allegedly aided killer con, beau” (republished on the Free Republic website). According to a press release sent to iMediaEthics by Marinova’s lawyer, the front-page headline was “FOX IN THE BIG HOUSE: Pol Probed For Slipping Killer’s Galpal Into Prison.”

The March 19 Special Verdict Form is published on Massachusetts Lawyers Weekly‘s website. According to the form, the jury had to determine whether the claims were false, defamatory, and if the paper “negligently published” the false and defamatory information. Specifically, the following statements were in question:

“The Herald has stated since its May 28, 2009 article on a major security breach at Old Colony Prison was published that its article was entirely correct, from its headline to its last line.

“The article was meticulously researched, carefully written and extremely well-documented. We are proud of it, and of the journalist who wrote it.

“The Herald fully expects to ultimately prevail in this matter.”

In response to the ruling, Marinova said, in a press release statement sent to iMediaEthics by her lawyer, David Rich:

“I want to thank the jury, my friends and family, my attorneys, and Darrell Jones, who was impacted by this story as well. On May 28, I read a story in the Boston Herald that degraded me and my humanity. The verdict today not only confirms that what was printed about me was false, and the paper knew it, but it restores my faith that members of the community can and should try to pursue good and the truth against all odds and adversities.”

“It has been our distinct privilege to represent Joanna Marinova. The jury’s verdict informs the public that the Herald and its reporter knowingly published false and damaging statements about her. We both hope that the jury’s verdict today serves to remedy the injustice that was done to Joanna Marinova on May 28, 2009 and to begin to restore her reputation.”

iMediaEthics asked Rich if Marinova first sought a formal correction. Marinova didn’t actually talk to the Herald before the story was published, he said. After publication, Marinova complained to the reporter about errors she found.

“There was no ‘formal’ request for a retraction/correction but certainly the subject of the article made clear in the wake of publication that the article was false and defamatory,” Rich told iMediaEthics by e-mail. He also told us that the Herald’s editor-in-chief Joe Sciacca said during the trial the Herald wouldn’t post a correction. (iMediaEthics has written to the Herald’s lawyer for comment and confirmation and will update with any response.)

The Herald must pay $550,000 for emotional distress and $13,052 in compensatory damages, according to a report on its website.

iMediaEthics has written to Fox and Herald reporter Van Sack for comment. We’ll update with any response.