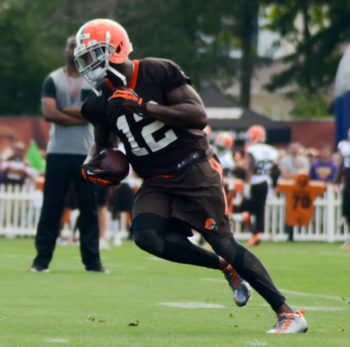 In a Sept. 30 retraction, Scout’s Barry McBride apologized to Gordon for the error, writing: “The OBR [Scout’s Cleveland Browns-focused section the Orange and Brown Report] would like to sincerely apologize to Josh Gordon and the Cleveland Browns for an incorrect story that we published earlier today.”

“Accuracy is the most important thing a journalist should strive for, and, for the first time in 20 years, we have made an egregious error,” the retraction went on

According to the Scout’s retraction, the site got the story from a previously reliable source who had “documents backing up his claim.”

“However, we now have enough reason to doubt the veracity of our source to warrant removing the story,” the Scout said, pointing to the TSA and police denial, and apologizing for not going through “a thorough investigation of the claim.”

IMediaEthics has reached out to the Browns and Gordon for comments.