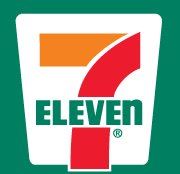 In the ten days since the Boston Marathon bombings, there have been a handful of errors and ethical issues in the related news media reportage.

iMediaEthics has already written several stories about errors, including The New York Daily News’ Photoshopping its front page to remove gore, the Associated Press’s wrong reporting that cell service was cut in Boston the day of the bombings, and NBC News accidentally airing an expletive, among other examples.

Below is iMediaEthics’ latest round-up of errors and issues in reporting on the bombings and the manhunt for Dzhokhar Tsarnaev. who has been charged in the bombings, and his brother Tamerlan Tsarnaev, the suspect who was killed April 19.

In a confusing twist, there were wrong reports that the two suspects robbed a 7-Eleven on April 18.

Separately, the Tsarnaev brothers are accused of carjacking and robbing a man.

“The suspect in the photos for that particular 7-Eleven robbery looks nothing like the suspects,” she is quoted as saying. “The police or someone made a mistake. Someone was confused.” Chabris added that because of the errors, she’s been seeking corrections from the media.  iMediaEthics has asked Chabris via email for more information about her attempts to get corrections.

In an email to iMediaEthics, Chabris said the Tsarnaevs weren’t the robbers shown on its surveillance tapes, so she told the Boston police and asked some of the larger news outlets to correct its reporting.  “We think the mis-reporting started with a law enforcement official stating that the picture below was taken from a 7-Eleven store, Chabris wrote. “That was not the case.  We had reviewed our surveillance videotapes and saw no evidence that the two or either of the suspects robbed our store in Cambridge.”

Chabris noted that “The news reporters were taking their information from a credible source, but they did not contact us to confirm.”

As evidence that the Tsarnaevs weren’t the 7-Eleven robbers, Chabris pointed out that the surveillance photo of Dzhokhar Tsarnaev shows the store where he was captured on film uses yellow coloring, which she said suggests they were pictured in a Shell store.

“The photo below that was shared/publicized by scores of media outlets shows a deep yellow color on the door and the product name, NITROGEN,” she said, referring to a news report about Shell using Nitrogen-Enriched Gas.  “The color and product are indicative of a Shell gas-store, not a 7-Eleven,” Chabris wrote.

A surveillance photo of Dzhokhar Tsarnaev. 7-Eleven pointed out that the yellow signage in the photo shows he was at a Shell station, not a 7-Eleven.

Chabris said that she sought corrections from the media and the police.  She wrote:

“I contacted the major, mostly national news outlets where we had seen the error to request they correct it in subsequent reporting.  They were very open to doing this and did so.  I also contacted the Public Information Officer for the Boston P.D, to request the same.  We saw that the news conference around 6 pm ET included a correction. I don’t know and won’t be counting the number of outlets that originally incorrectly included our store in the story.  I am a former news reporter and understand that the media were relying on their original source.”

The closed captioning for the broadcast said of the suspect, “He is 19-year-old Zooey Deschanel,” according to a screenshot Media Bistro’s Peter Ogburn took.

Deschanel tweeted about the error calling it an “epic closed captioning fail.”

iMediaEthics called KDFW asking for confirmation that the error occurred and the screenshot is real. We were re-directed to Fox Publicity’s Claudia Russo, who is out of the office this week, and whose voicemail re-directed us to Cindy Goldstein at Fox Media Relations. We’ve left a voicemail and an email with Goldstein and will update with any response.

According to SFGate.com, the president of the company that provides that captioning, Caption Solutions’ Kala J. Patterson, apologized for its error.

AP Responds to Its Errors

The Associated Press’s executive editor Kathleen Carroll addressed the AP’s errors and praised the wire service’s successes in reporting on the Boston Marathon explosions. In an April 22 memo, re-published on Jim Romenesko’s website, Carroll highlighted the “missteps” made by the AP, as found by the AP’s Deputy Managing Editor for Standards.  Specifically, she highlighted that the AP “made mistakes because we didn’t follow our own very good guidelines” and the AP was slow to correct.

Kent pointed out that in some stories, the AP “violated our principles for one-source stories” or failed to provide enough information about why sources were granted anonymity.  “The simple fact that the subject is ‘sensitive’ or involves an ‘ongoing investigation’ is not enough to explain anonymity,” he wrote.

Without naming The New York Post, the AP’s Kent referenced their errors in reporting and how the AP didn’t spread them.

Further, Kent praised the AP’s use of including attribution, noting that during coverage of the Newtown, Connecitcut shootings the AP didn’t do so well. “The importance of maintaining attribution was a key lesson of Newtown, and it was not a problem this time.”

As iMediaEthics has written, The New York Post’s coverage has garnered a lot of attention because of errors and misleading reports.

Nope! Although some readers of the print edition April 19 may have been tricked into thinking they did by a hoax.

According to Mediaite, a New York website called ANIMAL created a phony letter of apology allegedly signed by the paper’s editor Col Allan.  ANIMAL then slipped in that apology in “an unspecified number of newstand copies of the paper and handed them out at key locations, including outside News Corp.’s headquarters,” Mediaite wrote.

Citing the suspect error, the death toll error, and the “Bag Men” cover image, the fake apology letter described the Post’s reporting on the Boston Marathon bombings as “at best ill-informed and speculative, and at worst intentionally misleading and harmful to the lives of those involved.”

The letter, which was also published on ANIMAL’s website, went on:

“This week, the New York Post has acted recklessly and with flagrant disregard for the principles of good journalism. I’d like to take this opportunity to sincerely apologize to our readers, to the people of Boston, and to the three men who were mistakenly investigated as suspects.”

However, as Mediaite noted, the Post ran the photos in the print edition, making it impossible to technically say they had “withdrawn” the photos.

At least two student newspapers criticized the national media’s coverage of the bombings.  University of Arizona’s Daily Wildcat specifically called out CNN for “false news” and errors in reporting.

And, Oklahoma State University’s The Daily O’Colly argued the national media “should be ashamed of yourselfs [sic]” for speculation and inaccurate reporting.

“When attempting to find factual, newsworthy coverage of the aftermath, we instead had to deal with wild speculation from ‘pundits’ of the news networks of our nation,” The Daily O’Colly’s editorial on the bombings read.

Australian news site News.com.au also collected a few examples of phony stories circulating about the marathon bombing.  For example, News.com.au pointed to tweets, photos and stories about an 8-year-old girl who died at the bombings, but no 8-year-old girl was reported dead.

See all of iMediaEthics’ reports on news coverage of the Boston Marathon bombings.