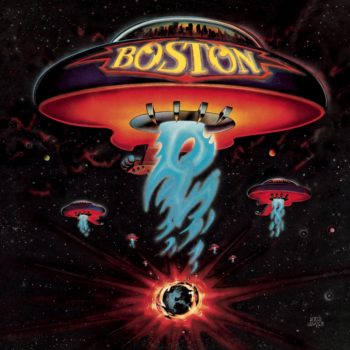 The U.S. Supreme Court rejected the bid by Tom Scholz, co-founder of the rock band Boston, to hear his libel lawsuit against the Boston Herald.

Last year, Scholz lost his libel lawsuit against the Herald over its columns about the suicide of Boston’s lead vocalist Brad Delp, as iMediaEthics reported at the time. He complained the columns, based on interviews with Delp’s former wife and friends, suggested he was “responsible for Brad’s suicide.” Massachusetts Supreme Judicial Court ruled The Herald didn’t libel Scholz because the columns were clearly speculation and there’s no way to definitively say what led Delp to die by suicide

“We are very pleased that the United States Supreme Court has upheld the decision of the Massachusetts Supreme Judicial Court dismissing Mr. Scholz’s lawsuit,” Herald publisher Patrick J. Purcell told the newspaper. “As we have said from the beginning, we are proud of the Herald’s journalists and the excellent work that they do day in and day out. This is another important day both for the rights of a free press and for the rights to free expression of citizens more broadly.”

The Herald‘s attorney Jeff Robbins called the Supreme Court decision “a credit not only to the Herald’s reporting but to its guts and determination in refusing to back down, and in insisting that well-established First Amendment principles be defended.”

“Lawsuits like this one can be enormously intimidating to journalists and publishers alike, and chill free expression in ways that those who have never been sued can’t easily appreciate. By refusing to be intimidated here, the Herald has made a very big contribution not only to freedom of the press but to the rights of all individuals to speak freely. The Massachusetts courts got this case right, and we’re pleased that the Supreme Court rejected Mr. Scholz’s bid for further review.”

In a statement sent to iMediaEthics, Scholz’s spokesperson argued he wasn’t a reason for Delp’s death, writing “As a result of Mr. Scholz’ lawsuit, we now know, based largely on Brad’s own final emails and suicide notes, that his tragic suicide resulted from difficulties in his own personal life, and were entirely unrelated to his working relationship with Mr. Scholz.”

“Mr. Scholz disagrees that the cause of Brad’s suicide is unknowable,” the statement reads in part. “Mr. Scholz believes this decision will have adverse consequences well beyond his case against the Herald because it regrettably means that people are largely free to accuse another of causing someone’s suicide, even when, as here, the accusation is false.”