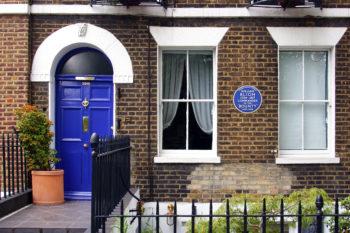 The Daily Express had to tell readers on its front page that the press regulator ruled against it after reporting that British house prices went up “more than 10 percent” the month Britain voted yes to Brexit.

The claim that house prices went up more than 10 percent in June 2016 was “seriously inaccurate information,” the UK press regulator the Independent Press Standards Organisation ruled. iMediaEthics has written to the Express for comment about its error.

The Express‘s July 22, 2016 headline was “EU Exit Boosts House Prices” and reported  “house prices rose by more than 10 per cent last month as Britain voted to leave the EU.” The article has now apparently been unpublished as its link goes to an error page.

“Both versions of the article had given the clear impression that house prices had risen considerably as a result of the vote to leave the EU,” IPSO found. “Save for the last seven days of June 2016, all the house price data referred to in the article related to the period leading up to the referendum, and the newspaper had failed to provide any further evidence to support the headline assertion, beyond the significantly inaccurate claim that there had been a 10 per cent rise, post-referendum, in the print article.”

The Express admitted it wrongly said in the print edition that “house prices had risen by 10 per cent in the ‘last month’; in fact, this had been an annual rise,” IPSO reported. Otherwise, the newspaper defended its reporting and headline.