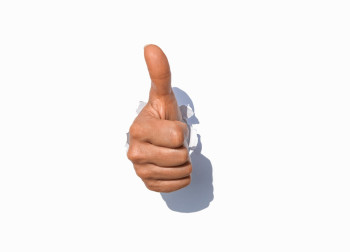 The Reuters Institute for the Study of Journalism released a study of “700 of the UK’s almost 64,000 professional journalists.” (Methodology of the study from last December here.)

The study found “close correspondence” between what journalists think is ethical and what ethics codes stay. “However, they are more likely to find justification for ethically contentious practices, such as paying sources, than journalists in the United States,” the study found, adding that “25% of all journalists believe it is justified, on occasion, to publish unverified information.”

The study also found differences between types of journalism — broadcast journalists were more OK with secret recordings or misrepresentation whereas print journalists were willing to bend the rules for paying for information or not fact checking before publication.

More journalists surveyed also said they thought that journalism ethics “have strengthened over the last five years.” The Reuters Institute attributed that to the attention on journalism ethics and standards in light of the phone hacking scandal and the Leveson Inquiry.

“Despite a close alignment between their views and those of their professional bodies, and the fact that they tell us ethical standards have strengthened in the last five years, and despite the fallout from the Leveson Inquiry, UK journalists remain, in comparison with some of their international colleagues, relatively willing to justify practices that, under normal circumstances, their professional codes of ethics would prohibit,” the study found.

About 1/3 of journalists surveyed thought it was OK on “an important story, to exert pressure on unwilling informants,” but the study suggested that could be linked to stories in the public interest, noting that a 2014 survey of U.S. journalists found roughly the same response. Ninety-six percent of UK journalists think it’s wrong to take money from sources, but slightly more than half are OK with occasionally paying for information, the study found. Meanwhile, in the U.S., just 5 percent are OK with paying for information on special occasions, the study reported.

“While UK journalists have mixed views on misrepresentation, other forms of subterfuge are accepted to a greater extent. Over 70% consider getting employed in a firm or organisation to gain inside information or using hidden microphones and cameras justified on occasion (see Figure 8.4 on previous page). US journalists are, again, more conservative, with only 25% believing that posing as a fake employee is ever acceptable and 47% believing the same about the use of hidden recording equipment (Willnat and Weaver, 2014).”

Almost all journalists surveyed said they think they should follow professional ethics codes, the survey found. “More than three-quarters of journalists (77%) believe the influence of ethics on their work is ‘extremely’ or ‘very’ important,” the study found regardless of what form of journalism journalists worked in.