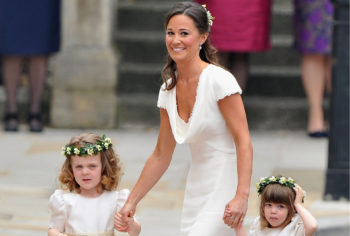 The UK Star was wrong to report on claims that Prince Harry and Pippa Middleton were in a “secret romance,” but the report itself was permissible, the UK print regulator the Independent Press Standards Organisation ruled.

As iMediaEthics previously reported, IPSO ruled against the Star for its report on American magazine OK!‘s claims that the pair, the brother and sister of Prince William and Kate Middleton, respectively, were in a “secret romance” dating to their siblings’ royal wedding in 2011. The Star got in trouble because the newspaper claimed that it contacted the prince’s representatives for comment when it apparently never did. The Star deleted its article after Prince Harry complained.

Prince Harry also complained over the UK Mail‘s story in print and online.

The Mail‘s Dec. 9 story was headlined “American tabloid OK! claims ‘Prince Harry and Pippa Middleton are enjoying a secret romance’ after ‘snogging in a bathroom at the royal wedding in 2011.'”

The prince also complained about an undisclosed doctored image showing him with Pippa, which was the OK! cover image. The Mail defended its article as fair and in the public interest because it was republishing and attributing claims about a royal family member. Further, the Mail‘s coverage also noted that the OK! article had other questionable claims and distanced itself from them, including saying OK! had a “history of ‘revealing’ celebrity couplings hotly denied by those involved.”

The Mail also said it wasn’t sure what it could report within the terms of the palace’s denial. The palace said there were “no circumstances where we would provide a comment for a story like that,” and that it didn’t want to offer a denial on the record to justify the story.

IPSO ruled that the Mail properly attributed the allegations, used appropriate distancing language and did attempt to contact the palace for comment. Further, the doctored image was permissible because it was the OK! magazine cover. IPSO found that since the “tone of the article” informed readers it was likely the OK! story wasn’t true, the Mail article was fine.