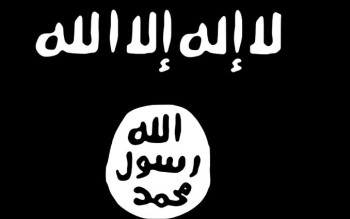 Should the UK Mail Online and other news outlets have published ISIS execution photos, captured from an ISIS video?

Guardian media blogger Roy Greenslade questioned the photojournalism decision in a recent blogpost.  Greenslade asked if the publication amounted to propaganda and publication of graphic material for clickbait.

“These barbaric images of murder have clearly been released for propaganda reasons, part of the terror group’s media strategy to portray itself as utterly ruthless,” Greenslade wrote, adding: “It presents western media with a dilemma: should news outlets show these graphic images in order to demonstrate the wickedness of the perpetrators or is it better if they are merely described?”

The Mail‘s June 23 story, which Greenslade didn’t link to, is titled, “Sickening new ISIS video shows caged prisoners lowered into a swimming pool and drowned, shot with an RPG and blown up with explosive-filled necklaces.” It includes several images from ISIS’s “sickening seven-minute video.”

Greenslade said the UK Times also published images, but iMediaEthics can’t see the Times story because the site is behind a paywall.

The Mail wasn’t the only outlet to run pictures from the ISIS video, iMediaEthics notes.

The Metro‘s June 23 story includes images from the video showing the prisoners in a cage being lowered into the water. There is a note atop the article reading “Warning: Graphic Images.”

Gawker’s story showed photos of the prisoners in the cage with water up to their necks and chests. It also showed a picture of a car on fire that appears to have people inside and a photo of seven men with ropes around their necks.

The Daily Caller included images of the prisoners in the cage about to be lowered into the water and with water up to their necks.

Ultimately, Greenslade argued the news outlets “were wrong to publish the images.”

“I cannot see how those images do other than play into the hands of Isis,” Greenslade argued. “That’s the political argument. Then there is a matter of taste: these pictures appeal to the baser side of human nature, to ghouls.”