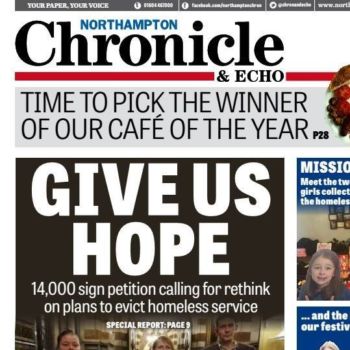 The UK Northampton Chronicle & Echo broke guidelines for reporting on suicide by publishing way too much information about the death, the UK press regulator the Independent Press Standards Organisation ruled.

The Chronicle & Echo‘s online-only March 2018 article, “Northampton woman dies of caffeine overdose, inquest hears,” reported in detail on how the woman died, where she got the substance, her emergency call, symptoms and death. The woman’s sister-in-law complained, worried that the reporting might cause copycat deaths, according to IPSO. She was also upset about the “deeply distressing” information in the article, and the characterization of the woman as “single and unemployed.”

The Chronicle & Echo conceded its report included too much information, explaining that it unpublished the online article within 24 hours and heard from the Samaritans, a suicide prevention group, with a complaint. According to IPSO, the newspaper “said that its local news team had initially thought that this detail would serve as a warning to others, but fully understood that this was mistaken.” Further, the Chronicle & Echo said it reviewed suicide reporting guidelines with staff and was willing to apologize to the family.

Despite admitting it included too much information, the Chronicle & Echo defended against the complaint it invaded privacy or intruded into grief, saying all the information it reported was from the public inquest into the death. (An inquest is an investigation into a death).

IPSO agreed with the complainant that the article did break suicide reporting guidelines. “The Committee was concerned that this level of detail had been included, and the details included were sufficient to support an individual, in a number of ways, in engaging in a simulative act” IPSO said. “This was concerning when the article related to a relatively unusual method of suicide, as there was a risk of increasing the awareness of this method among the population. The level of detail included in the article was excessive in a number of respects, and this represented a breach of Clause 5 (Reporting of suicide).”

IPSO rejected the complaint about invasion of privacy and intrusion into grief, agreeing with the newspaper it was public information reported in a factual and non-sensational way. The Chronicle & Echo does have to publish the ruling against it for reporting on suicide inappropriately, however.