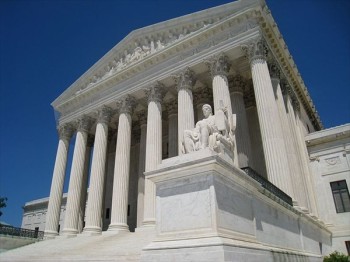 The New York-based Fox News reporter Jana Winter will not be forced to identify the anonymous sources she used in her reporting on the 2012 shooting in Aurora, Colorado during the Dark Knight Rises premiere.

The U.S. Supreme Court rejected accused shooter James Holmes’ lawyers’ appeal of a December New York Court of Appeals ruling that prevents her from having to testify in the case and also lets her keep her sources anonymous. The New York court ruled that Winter was protected by the New York state shield law, according to the Denver Post.

Winter’s July 25, 2012 Fox News story reported on a notebook sent by Holmes to a psychiatrist. Winter’s had two unnamed “law enforcement” sources that told her about the notebook which was “full of details about how he was going to kill people,” as iMediaEthics reported last year.

According to the AP, the Supreme Court made the decision May 27.

Fox News said it was “pleased” about the news. In a statement published on its website in a Fox News report on the Supreme Court’s decision, it said

“We’re pleased that the Supreme Court has ruled in favor of free speech today. The Court made it clear that Jana Winter can never be compelled to testify in Colorado, and that all New York-based journalists and media companies can rely on New York’s strong shield law when they are covering news across the country.”

Fox News confirmed they issued the statement with no further comment.