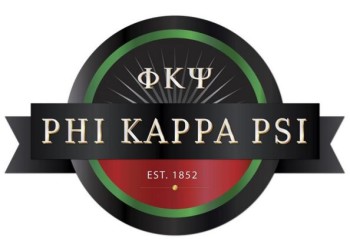 The University of Virginia chapter of the fraternity Phi Kappa Psi is suing Rolling Stone for libel over its 2014 story “A Rape on Campus.”

The article by Sabrina Rubin Erderly, who is also being sued, told the now-discredited story of student Jackie’s alleged gang rape by the fraternity’s members. A few weeks after publication, Rolling Stone apologized  for problems with the story, including not contacting the accused rapists. After Columbia Graduate School of Journalism reviewed the reporting process and released a report critical of major lapses in the reporting, Rolling Stone retracted the entire article.

“The fraternity chapter and its student and alumni members suffered extreme damage to their reputations in the aftermath of the article’s publication and continue to suffer despite the ultimate unraveling of the story,” the Phi Psi chapter said in a statement about the lawsuit, according to the Washington Post. “The article also subjected the student members and their families to danger and immense stress while jeopardizing the future existence of the chapter.”

The lawsuit, filed today, is posted here. The lawsuit pointed to Columbia’s “devastating” review of the report,  says Rolling Stone “had an agenda” and were “recklessly oblivious to the harm they would cause,” and describes Jackie as “unreliable” with a “questionable” story.

“These actions by Rolling Stone were part of an intentional and deliberate quid pro quo arrangement in which Rolling Stone intentionally avoided sourcing and corroborating the story in return for Jackie’s continuing cooperation and willingness to not back down from her story,” the lawsuit says. “All Rolling Stone wanted and needed was a willing source — Jackie — who would stick to her incredible claims and provide Rolling Stone with a patina of journalistic cover. Rolling Stone knew that the publication of its story would and should result in investigations and prosecutions of Phi Kappa Psi and its individual members; that said investigations would result in long prison sentences — perhaps sentences for life; and that its Article all but assured the utter destruction of the reputations of Phi Kappa Psi and its individual members.”

The lawsuit goes on:

“Rolling Stone knew that it was uncertain as to whether Jackie’s incredible story was true or false. It knew it needed to corroborate and verify its story, yet its reporters and editors conspired not to do so. Editors and fact-checkers inside Rolling Stone spotted red flags that indicated the story was flawed and raised alarms, yet nothing was done. Rolling Stone published the Article – the story was simply too tempting, too sensational, to let facts get in the way.”

Rolling Stone declined to comment to iMediaEthics about the lawsuit.