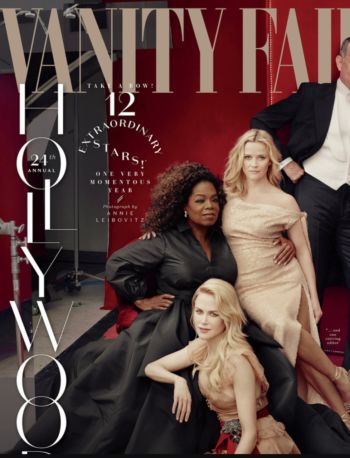 Vanity Fair Photoshopped the pictures of Hollywood actors on the cover of a recent issue, in order to remove actor James Franco. In addition, Reese Witherspoon looks as if she has three legs. Another Photoshop marvel made Oprah Winfrey appear to have three hands, the BBC reported.

Vanity Fair claimed the cover image that indicates Witherspoon has three legs actually is just showing “the lining of her dress” and not a third leg. Concerning Oprah’s third hand, the magazine added it was “correcting this error online.” iMediaEthics has written to Vanity Fair for more information about the edits.

Witherspoon joked about the image, writing on Twitter, “I guess everybody knows now….I have 3 legs.” In response, Oprah tweeted, “I accept your 3d leg. As I know you accept my 3d hand.”

Well…I guess everybody knows now…I have 3 legs. I hope you can still accept me for who I am. 😃( and I will never apologize for snuggling @Oprah .. if you get the opportunity, I highly recommend it;) https://t.co/6GyrfWxNSY 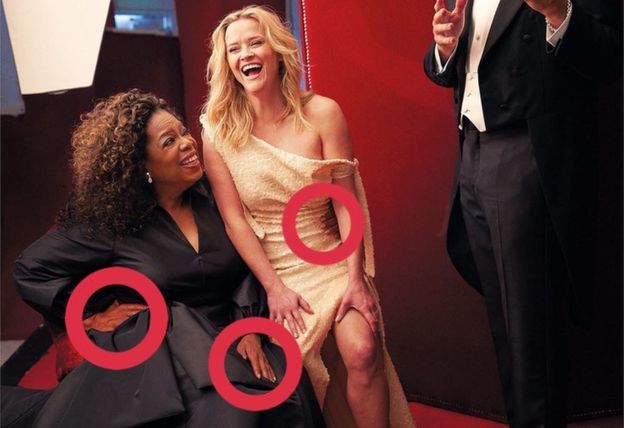 See where it looks like Oprah has three hands. (Credit: BBC/Matthias Gaggl) 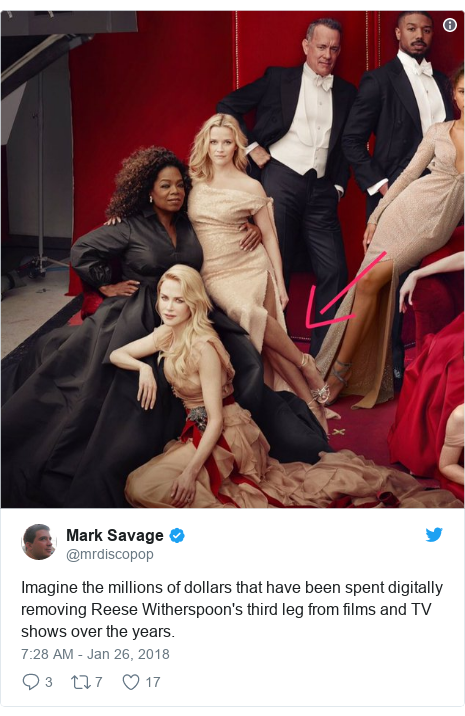 This image suggests Reese Witherspoon has three legs. Vanity Fair says what looks to be her third leg is actually the lining of her dress. (Credit: @mrdiscopop via BBC)

While we would have loved the exclusive on @RWitherspoon's three legs, unfortunately it's just the lining of her dress. https://t.co/HJjvbc037S