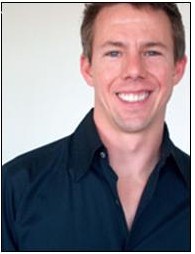 Michael Joseph Gross, pictured above, wrote a more than 10,000-word profile of Sarah Palin for Vanity Fair's Oct. issue. He has admitted misidentifying the wrong Down syndrome boy as Trig Palin in his article. (Credit: Michael Joseph Gross' website)

A Vanity Fair writer has admitted to making an error in a profile of Sarah Palin, but the mistake hasn’t been corrected online – at least as of Sept. 5.

The May 1 “Winning America Back” rally, which included speakers Fred Thompson and Liz Cheney, was the subject of the profile’s opening paragraphs. The Palin profile was featured in the October issue of Vanity Fair and is more than 10,000 words long.

Gross admits in a written statement given to The Associated Press that he made a mistake:

“Trig was with his mother the next day in Wichita (Kan.), but the child in Independence was someone else, and I regret the error,” he wrote, the AP reported.

In fact, the child Gross saw was the son of a conservative activist, Gina Loudon, St. Louis Today reported. Loudon’s son, Samuel, and Palin’s son, Trig, both have Down Syndrome and look alike.

According to St. Louis Today, Loudon is “a former candidate for State Senate who’s become increasingly involved in Tea Party politics.”  She was sent the article by her supporters who identified Samuel.  “The minute they read it they said, ‘Trig wasn’t there that day,'” St. Louis Today reported Loudon remembered.

The rub is Loudon claims she told Gross that she is the mother of the child he saw. “When I grabbed Samuel and walked past the stage, he said, ‘Oh, are you the nanny?” St. Louis Today reported Loudon recalled. “And I said, ‘No, I’m not the nanny, I’m the mother.'”

“I told him that. And he ignored it,” Loudon said. “It’s not even like he didn’t fact check — he just ignored facts.”

But, Gross has publicly countered Loudon’s claims in an Aug 8 blog post on Vanity Fair’s website.  In the post, which responds to the main threads of criticism of his article (anonymous sources and the Trig Palin-Samuel Loudon error), he again admits mistaking Samuel Loudon for Trig Palin.

As to Loudon’s claim that she told him she was the mother of the child he saw, Gross declares that he’s never met or spoken with Loudon.  In fact, he writes he “did not even know Gina Loudon’s name until it began cropping up in connection with the accounts above.”  He offers two possible solutions for the disconnect: Loudon spoke with another reporter or Loudon made it up.

He responded to Karaldine Graves’ complaints that he misrepreseted the PAL-PAC by reporting that while Graves didn’t speak with him, Elizabeth Anderson, the PAL-PAC’s treasurer, informed him that the group had only “been involved” with one other activity since the May Palin event.

Regarding his use of anonymous sources, he wrote that he was “forced to rely on anonymous sources for certain information” because Palin “and her staff made themselves virtually inaccessible to reporters.”  Further, it’s hard to find sources on the record speaking contrary of the Palin message because “to speak out against such a person in a small community is risky.” He said, in order to learn anything outside of the official Palin statements, which is often delivered via Palin’s Twitter and Facebook accounts, one has to lean on anonymous sources.

Gross defended his particular use of anonymous sources saying he “made an effort to get to know those sources well, talking with them over periods of weeks or months. If I sensed that sources were motivated by the desire to attack Sarah Palin, I did not use the information they gave me. Those who told the most startling stories about Palin spoke not with glee or satisfaction but with trepidation and sadness.”

Does that make the use of anonymous sources OK though? See Gross’ full blog post here.

The New York Daily News reported that Palin “slammed” the profile both online and in interviews.

Palin tweeted Sept 1, “When yellow journalism gets ratcheted up for a period of time over an individual or an issue it makes u wonder what’s up? What’s the threat?”

And while she didn’t specifically criticize Gross’s article, she said “Gutless reporters take anonymous sources and cite them as being factual references,”  on Sean Hannity’s radio show.  Gross’s article also featured many anonymous or vague sources.

For example, early on in Gross’s profile, he admits: “Virtually no one who knows Palin well is willing to talk about her on the record, whether because they are loyal and want to protect her (a small and shrinking number), or because they expect her prominence to grow and intend to keep their options open, or because they fear she will exact revenge, as she has been known to do. It is an astonishing phenomenon.”

That sentiment is upheld throughout the article as his sources for dirt are bellhops, maids, aides, a friend of the Palins, a local reporter, and so on.  All are unnamed.

The Associated Press reported that Doug McMarlin, a spokesman for Palin’s political action committee, called the article “a collection of lies” in a written statement.

“As the message continues to succeed, the messenger will continue to be attacked by yellow journalists seeking to increase sales,” McMarlin said.

Politico’s Ben Smith, who first exposed the misreporting Sept. 2, called Gross’s article “so emblematic of much that’s wrong about the way she’s covered.”

Noting that Palin rarely “talks to neutral media outlets,” he wrote some media outlets make up for the lack of interviews “by printing such thinly sourced, badly reported nonsense about her.”

Karladine Graves organized the Missouri event, according to Smith.  Graves is “a 61-year-old Kansas City physician, who, in 2009, founded one of the wave of new local conservative groups, this one called Preserving American Liberty” and identified the boy’s mother as Loudon.

Besides the factual Palin errors, Politico reported that Graves was “disappointed” by the article and that neither Gross nor a Vanity Fair fact checker ever contacted her to confirm that the boy was Trig.  But, Graves is quoted as saying ““I’m—we’re just a tiny little group, and we’re not really anything, I just, oh, no, I can’t talk about this,” when asked by phone by Gross about Preserving American Liberty.

Politico noted “She also said she largely declined to cooperate with the story in the first place, which, as with the general Palin coverage, is an explanation for inaccuracy without being an excuse for it.”

Some media outlets, including Newsbusters (which critiques“liberal media bias“) and the Daily Caller (which gained notoriety earlier this year by publishing the JournoList e-mails which led to criticism of liberal media) have called the profile a hit piece.