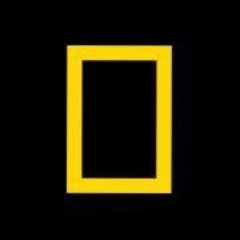 National Geographic has unpublished photos and is investigating the images after questions were raised about whether the images were manipulated.

According to an editor’s note posted May 20 in place of the original post, National Geographic said there were “significant concerns” online about the images and the magazine is investigating. National Geographic noted it hasn’t confirmed the images “do not meet our standards,” but the unpublishing is a step they are taking while they make that decision. The full editor’s note reads:

Editor’s Note: On April 26, National Geographic published photos by Beth Moon on nationalgeographic.com, depicting the world’s oldest trees against the night sky. Significant concerns about the veracity of the images have been raised on photo industry blogs and social media. National Geographic has a strict policy against photo manipulation, and we have initiated an investigation to confirm whether the images comply with our policies. We have removed the images and related story pending the outcome of our investigation. This step does not mean we have determined that the images do not meet our standards, as we are unable to make a determination at this time. The images will not be re-posted unless they meet National Geographic’s standards.

PetaPixel explained that “a closer examination reveals that a central area of the Milky War appears to have been closed at least a few times within the photo,” and that the article didn’t disclose any photo illustration or manipulation.

iMediaEthics asked National Geographic if cloning is permitted under its standards. Dynan explained, “National Geographic has a strict editorial policy against photo manipulation, including cloning. Except for very particular cases when we clean up backdrops in posed, studio photographs, adding or removing any information from an image that is not sensor dust or scratches from film is in violation of our policies. Any other exceptions to this policy, such as multiple-image mosaics, composites or panoramic stitches, are disclosed to readers in the captions or photo credits. “

Moon, the photographer, explained to PetaPixel that she had an intern who helped her with the photo and said the intern “hand-stitched the panoramic shot in question.”

iMediaEthics has written to Moon for more information.