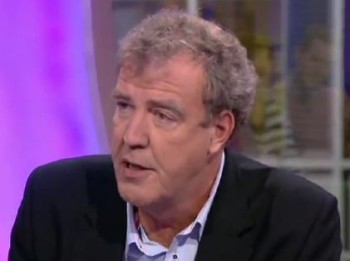 At least 23 complaints have been filed with the BBC over comments made by Jeremy Clarkson on air Dec. 28.   Clarkson “made a string of jokes about the Indian food, clothes, toilets, trains and even the country’s history,” according to the Guardian.

Clarkson also included a “stunt” with a curse word “before 9pm when offensive language and content is prohibited from being broadcast,” the Guardian reported. The Guardian noted that the program had 5 million viewers.

We wrote December 2 after the BBC apologized for Clarkson’s comments calling for public sector workers on strike to be “executed in front of their families.” Those comments triggered more than 21,000 complaints to the BBC.

According to a Guardian report, there were more than 31,000 complaints to the BBC by Dec. 15.  We also wrote when UK media regulator OfCom reported that those comments by Clarkson were the third most complained about broadcast issue in 2011.  (The OfCom list doesn’t include complaints made directly to the BBC.)