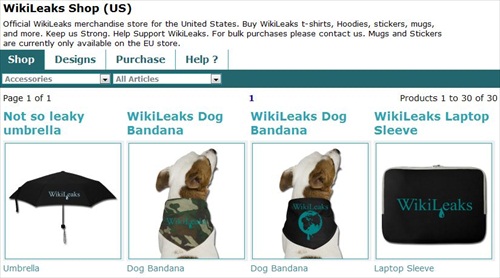 Digital Trends listed some of the items for sale at the WikiLeaks Shop:  “t-shirts, hats, coffee mugs, duffel bags, iPad sleeves, hats and even a ‘not so leaky’ umbrella.”

“A fair amount of the merchandise features Julian Assange’s face,” according to Digital Trends, which noted that there are already “two films in the works based on Wikileaks and its controversial founder.”