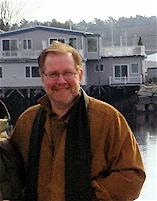 The Washington Post’s ombudsman Andrew Alexander reported Oct. 10 that the newspaper replaced the scheduled Oct. 3 “Non Sequitur” cartoon with an older “Non Sequitur” strip because editors “were concerned [the cartoon] might offend and provoke some Post readers, especially Muslims.”

The cartoonist, Wiley Miller “is known for social satire,” and his intended cartoon twisted the well-known “Where’s Waldo?” image as a “Where’s Muhammed?” cartoon, Alexander explained. In response to his cartoon being pulled, Miller wasn’t happy.  According to Alexander, Miller said  “The wonderful irony [is that] great newspapers like The Washington Post, that took on Nixon . . . run in fear of this very tame cartoon, thus validating the accuracy of the satire,” he said by e-mail.

But, editors shouldn’t have replaced the “Where’s Muhammed” cartoon, in Alexander’s opinion.  Alexander criticized the paper for not publishing the cartoon because ” it sets an awfully low threshold for decisions on whether to withhold words or images that might offend.”

Alexander reported that style editor Ned Martel,  executive editor Marcus W. Brauchli and others decided to not published because “it seemed a deliberate provocation without a clear message” and “the point of the joke was not immediately clear”

Newsbusters added Oct. 10 that several other newspapers including the Boston Globe, Chicago Tribune, and San Francisco Chronicle, among other newspapers, replaced the “Where’s Muhammed?” comic.