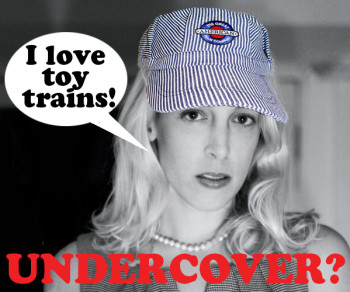 Did Newsweek reporter Leah McGrath Goodman, whose Bitcoin report has sparked a huge debate about privacy, trick her source by not properly identifying herself as a reporter or the real story she was working on at the start of her investigation?

Goodman’s March 6 investigation for Newsweek, “The Face Behind Bitcoin,” reports that 64-year-old Japanese-American Dorian S. Nakamoto is Satoshi Nakamoto and the founder of the digital currency Bitcoin.

IMediaEthics spoke to Newsweek today, Mar. 9. They told iMediaEthics by phone that they are discussing criticisms and the possibility of continuing the dialogue. However, they declined to comment more than this on the record…for now.

Newsweek editors still need to respond to legitimate questions about its reporting.

Did Goodman inform Nakamoto who she was and that her story was about Bitcoin in her first email to him or did she begin undercover? If she was undercover, this should have been disclosed to readers along with a justification for using such deception.

Here is a breakdown of Goodman’s narrative that unmistakably suggests, as it is written, she failed to disclose her identify and what her story was about. Goodman’s story time line is as follows:

Newsweek did not clearly state in the article when Goodman first identified herself as a reporter to Nakamoto, but readers can readily infer by carefully following the story narrative.

Her own report suggests that she misled Nakamoto by first asking him about model toy trains in early e-mail exchanges with him. When she finally tried to ask about Bitcoin, he immediately asked her to tell him who she was, wanting to know her “background,” according to Goodman.

Instead of toy trains, Goodman should have told Nakamoto upfront who she was and that she was writing an article on Bitcoin. Judging from her report, Goodman failed to do this. (iMediaEthics called and e-mailed Goodman and Newsweek multiple times starting around 3 AM, Mar. 7, but haven’t received answers. We asked to see the email that would show he was informed).

In fuller context, Goodman wrote in her article (emphasis ours):

“Two weeks before our meeting in Temple City, I struck up an email correspondence with Satoshi Nakamoto, mostly discussing his interest in upgrading and modifying model steam trains with computer-aided design technologies. I obtained Nakamoto’s email through a company he buys model trains from. “

“Nakamoto ceased responding to emails I’d sent him immediately after I began asking about Bitcoin. This was in late February. Before that, I’d also asked about his professional background, for which there is very little to be found in the public record. I only received evasive answers. When he asked about my background, I told him I’d be happy to elaborate over the phone and called him to introduce myself. When there was no response, I asked his oldest son, Eric Nakamoto, 31, to reach out and see whether his father would talk about Bitcoin. The message came back he would not. Attempts through other family members also failed.”

iMediaEthics must note the obvious here: If Goodman had properly introduced herself as a reporter working on a report about him being the founder of Bitcoin from the start, then Nakamoto would not have had to ask her who she is two weeks into their conversations.

The key to understanding Goodman was undercover is that after talking about toy trains for two weeks, the minute she mentions Bitcoin, he stops talking, so obviously she never introduced herself as a reporter working on a Bitcoin story. In that case, the source’s shutdown would have happened on day one.

Reporters must disclose their identity

A reporter should not have to trick a source or lie by omission by hiding one’s identity and the subject of the article one is writing. The bar for doing undercover reporting is extremely high. Neither Newsweek nor Goodman have responded to our numerous requests asking for their justification of having not told Nakamoto that Bitcoin was the subject of the article she was working on.

So what did Goodman tell Nakamoto and when? From her narrative in Newsweek, we know the model train talk was “two weeks before our meeting in Temple City,” when he called the police over her being on his doorstep. We also know that when Nakamoto asked Goodman who she was, and she told him, he shut down the conversation.

Goodman and Newsweek have some explaining to do.

Questions to which we are waiting for a response:

1. Your story suggests that Nakamoto did not understand who you were or what story you were working on when you first contacted him about model trains. Were you reporting undercover?

2. When and how did you first identify yourself to Nakamoto as a reporter (for Newsweek) who was working on a story about Bitcoin, and his involvement?

3. Did you reveal who you are and the story subject to Nakamoto’s relatives (siblings, wife, children)? If yes, when and how?

What experts say about going undercover

The Society of Professional Journalists ethics code advises: “Avoid undercover or other surreptitious methods of gathering information except when traditional open methods will not yield information vital to the public. Use of such methods should be explained as part of the story.”

In Canada, journalists are legally required to reveal to potential sources that they are journalists. The Canadian Association of Journalists’ ethics code also says, “We generally declare ourselves as journalists and do not conceal our identities, including when seeking information through social media. However, journalists may go undercover when it is in the public interest and the information is not obtainable any other way; in such cases, we openly explain this deception to the audience.”

Oddly, Newsweek‘s ethics code, posted on its publisher’s website, doesn’t make any mention of undercover reporting. The New York Times and most legitimate news outlets require disclosures to sources unless under very special circumstances. And, even under those circumstances, journalists must disclose to readers why they went undercover and that they did.

Goodman and Newsweek have defended the report after criticism on many fronts, including Nakamoto’s denials to Associated Press and whether it was even right to out a sick, older man who wanted to remain a private citizen (Nakamoto apparently had a stroke two months earlier and cancer before that).

In a defense to the AP story where Nakamoto denies he is Bitcoin’s founder and says he was misquoted, Goodman said, “I stand completely by my exchange with Mr. Nakamoto. There was no confusion whatsoever about the context of our conversation — and his acknowledgment of his involvement in Bitcoin.”

In a story that clearly helped crush doubts about Goodman, The Los Angeles Times reported March 7 that “Los Angeles County sheriff’s deputies say that a Newsweek reporter’s story exposing what the magazine claims is the founder of Bitcoin did quote them and the man featured in the article accurately, a spokesman said.”

Newsweek published a statement  defending the report and admitting it “generated an immense amount of international attention, including denials from Mr. Nakamoto, criticism of Ms. Goodman’s reporting and ad hominem attacks on her character.”  Newsweek defended the story as in the public interest.

“Ms. Goodman’s research was conducted under the same high editorial and ethical standards that have guided Newsweek for more than 80 years. Newsweek stands strongly behind Ms. Goodman and her article,” Newsweek said. The statement went on to ask “fellow members of the press and the public at large to focus on analysis of the facts at hand rather than rush to assumptions or resort to emotion. Moreover, it encourages all to be respectful of the privacy and rights of the individuals involved.”

More on Nakamoto’s claim of being misquoted

When talking with the AP, Nakamoto challenged the way Goodman quoted him in the Newsweek story and denied the report’s claim linking him to Bitcoin.

“I’m not involved in Bitcoin,” Nakamoto said after the article was published, according to NBC News.

Nakamoto also suggested his comments were misused, according to the Los Angeles Times.  He said the quote “I am no longer involved in that and I cannot discuss it,” wich was used as a link to Bitcoin, was actually referring to his engineering career.

“I’m saying I’m no longer in engineering. That’s it,” he said. “And even if I was, when we get hired, you have to sign this document, contract saying you will not reveal anything we divulge during and after employment. So that’s what I implied.”

“It sounded like I was involved before with Bitcoin and looked like I’m not involved now. That’s not what I meant. I want to clarify that,” he said.

Misquoted? Privacy violated? To these debates, iMediaEthics adds that Goodman likely did not from the start introduce herself as a Newsweek reporter writing about Bitcoin. Newsweek needs to quickly explain how and why it was okay with editors that she was undercover at the beginning of her contact with Nakamoto or they need to provide evidence to the contrary. 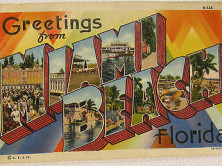