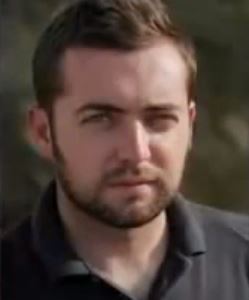 The wife of investigative reporter Michael Hastings, Elise Jordan, complained about the New York Times’ obituary of her husband, who was killed in a car crash last week, Mediaite reported.  Jordan didn’t lodge a list of factual inaccuracies, but instead challenged the Times‘ description and inclusion of information about a government report that questioned her husband’s reporting.

“An inquiry into the article by the Defense Department inspector general the next year found ‘insufficient’ evidence of wrongdoing by the general, his military aides and civilian advisers.

“The inspector general’s report also questioned the accuracy of some aspects of the article, which was repeatedly defended by Mr. Hastings and Rolling Stone.”

According to Mediaite, Jordan complained to Jill Abramson, the New York Times public editor and national news editor, in an email, re-published by the Huffington Post. Her main complaint was that the Times called into question her husband’s reporting on McChrystal by bringing up the Defense Department’s investigation.

As Jordan explained, while the inspector general didn’t find enough “evidence” against McChrystal, “insufficient evidence to prosecute is not the same as ‘clearing’ someone of a misdeed.”

Jordan said that the Times’ obituary contained a “mischaracterization” and “misrepresentation” of her husband’s reporting.

Jordan added that she “transcribed and have all the tape recordings” of Hastings’ interviews for the report on McChrystal as evidence of the accuracy of his reporting.

But the Times’ obituaries editor Bill McDonald denied that the newspaper “mischaracterized the Defense Department report” as bringing up questions about  Hastings’ Rolling Stone article or that the Times was “questioning [Hastings’] article’s accuracy.”

“We see no reason to change the obituary,” McDonald wrote, according to Huffington Post.

However, New York Times public editor Margaret Sullivan blogged June 22 about the complaints over the obituary and argued that in her view, “the obituary seems to diminish his work’s legitimacy.”

Sullivan said the story wasn’t wrong, but acknowledged the complaints about the suggestions that the obituary questioned Hastings’ reporting.

She also spoke about the obituary with McDonald, who told her the Times considered the Defense Department report “pretty newsworthy,” and therefore necessary to include in order to publish “an honest obit.”

Further, Sullivan acknowledged that “an obituary is not intended to be a tribute,” but rather a “news story.”

“Why He’s Losing the War”

The cover of Rolling Stone featured a photograph of Lady Gaga but there was a headline for Hastings’ McChrystal story. (Credit: Rolling Stone, screenshot)

As of June 23, the error is still unacknowledged. But a correction was appended to the article on June 19 to fix the name of Hastings’ grandmother, Ruth Mahon.