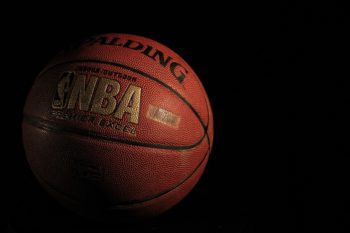 Alan D. Mutter addressed the tone of obituaries in an Aug. 15 post for his blog “Reflections of a Newsosaur.”  Mutter is an adjunct faculty member at University of California-Berkeley’s graduate journalism school.

He questioned, in particular, the tone of the New York Times’  Aug. 11 obituary for former basketball player Sherman White. “The obit for the former college basketball star published on Friday underscores the need for sensitivity and balance when journalists try to squeeze a lifetime into a few hundred words – especially when some sort of wrongdoing has characterized that life,” Mutter wrote.

Mutter commented that “discretion took a holiday” in White’s obituary, noting that the Times spent the first 13 paragraphs discussing a “betting scandal” that led to his imprisonment and ban from the NBA.

“It is not until the 13th paragraph of the 16-paragraph obit that the Times reveals that White was more than a disgraced basketball phenom,” Mutter commented.  “In fact, the Times reports, he spent a considerable amount of time in the last 60 years working with kids in the hardscrabble community where he grew up to keep as many as he could on the straight and narrow. “

In an e-mail to iMediaEthics, Mutter explained that he came across the Times obituary while reading the newspaper. iMediaEthics notes that the Associated Press’ report and the Los Angeles Times’ report on White’s death also focused on the scandal, with just a quick reference to his mentoring.  We asked Mutter if he would consider those reports to be just as problematic as the Times’, to which Mutter responded yes.

Mutter compared the Times’ obituary with that of the (New Jersey) Record, which reported more on White’s charitable efforts.

“While both versions of White’s life indisputably contain the essential facts, The Record provided readers with a more authentic picture of the man than the New York Times. As such, The Record deserves our gratitude and the Times owes its readers – and White’s family – an apology.”

iMediaEthics asked Mutter how he would advise journalists carefully and sensitively report in obituaries about people who may have had a scandal in their past.  Mutter commented

“As I stated in the blog, I think it is more authentic to consider the whole of a person’s life, not just something he did wrong 60 years earlier – especially since it was not as though he had engaged in mass murder or Madoff-like swindle.  By all accounts, the last 60 years of White’s life were unblemished – and he did a lot to atone for his mistake.  He deserved more credit for that than the Times (and some others) gave him.”

Mutter added that he sent his post to the Times’ public editor, Arthur Brisbane.