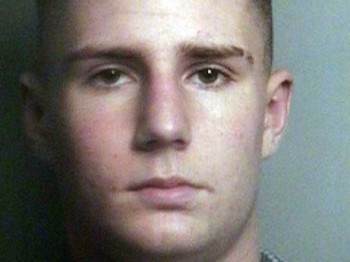 Note: The photo above of Conrad Barrett that is circulating the web is from 2003 (Harris County Sherrif's Office booking photo) Barrett, now 27, was charged with a federal hate crime on Dec. 24, 2013.

A 27-year-old white man, Conrad Barrett, was charged by federal prosecutors with a hate crime after he allededly sucker-punched an elderly black man in a racist version of the “knockout game.”

National media has been featuring many of these videos of “knockout” victims suddenly being punched by hooligans. Given this, Barrett’s stated motive — “The plan is to see if I were to hit a black person, would this be nationally televised?”–found in a smart phone video, presents a notable ethical dilemma for media outlets. Will these attacks be increasing along with the increasing media attention? iMediaEthics will be following these cases and will publish updates.

The DOJ defines the “knockout game” as “an assault in which an assailant aims to knock out an unsuspecting victim with one punch…the conduct has been called by other names and there have been similar incidents dating as far back as 1992.”

Accuracy is also an issue in this case as many news outlets, including The New York Daily News, failed to properly label a mugshot photo of Barrett as a decade old.  The mugshot is from a 2003 arrest, and not the recent federal arrest. The mugshot pictures a dew-skinned teenager, not the reality, a 27-year-old man in his prime whose arm could have meted out a much heavier blow.

A screenshot detail of the Daily News photo caption that does not reveal that the mugshot photo is ten years old.

The Daily News image properly credits the “Harris County Sheriff’s Office” but the caption fails to state that the image is obviously out-of-date. The Daily News caption only states: “Federal prosecutors in Texas have charged Conrad Barrett for allegedly playing the ‘knockout game’ and breaking the jaw of his 79-year-old victim.”

iMediaEthics is writing to The New York Daily News about the photo caption and will post an update with any response.