The Washington Post’s public editor Andrew Alexander blogged May 18 that the newspaper’s corrections problem is finally improving  Alexander wrote that “readers periodically complain that their requests for corrections” are either never addressed or not addressed in a timely manner.

But, in his May 18 blog, Alexander said that thanks to its corrections system the number of requests is the lowest it has ever been.  “Where a backlog of several hundred neglected requests once existed, the number now is only four,” Alexander wrote. “The database shows a handful of other pending requests that are being addressed and corrections likely will appear soon.”

There are still corrections to be run. Alexander offered reader Jack Toomey’s request for a correction as an example.  Toomey alerted the Washington Post to an error in a May 6 story,  which misidentified a train as “Chicago Limited” instead of “Capitol Limited.”   Alexander wrote that “a correction should have run immediately.”  The error was still there May 18 when StinkyJournalism checked.

Alexander first wrote about the problem with corrections on March 22, 2009.  In the time since that first column, he noted that The Washington Post has implemented a system which alerts section editors when a correction request is more than two weeks old, Alexander wrote. In March 2009, he had written that the Post had “a backlog of hundreds of correction requests, a few dating to 2004.”

Alexander said copy editors Bill Walsh and Martha Murdock should be credited for working on the problem and making corrections “more fulsome, clearer, and more transparent.” The correction in this article is placed on the top of the article, indicates a correction has been made in red, and explains the correction.

Alexander wrote that in 2008 the Washington Post ran “roughly 960 corrections” in the newspaper.

Alexander wrote Dec. 6, 2009, that “Despite improvement, an analysis of Post corrections this year showed that reported errors routinely went uncorrected for weeks or even months. Many were indisputable and should have been corrected in the following day’s paper.”

In that column, Alexander noted that not fixing the errors online is troublesome because the misinformation spreads.

The Post’s corrections policy says:  “The Washington Post is committed to correcting errors that appear in the newspaper. Those interested in contacting the paper for that purpose can send an e-mail to corrections@washpost.com or call the main number, 202-334-6000, and ask to be connected to the desk involved — National, Foreign, Metro, Style, Sports, Business or any of the weekly sections. In addition, the ombudsman’s number is 202-334-7582.”  Corrections that have been made are listed on that page. 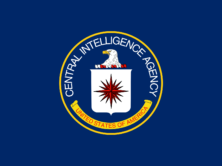