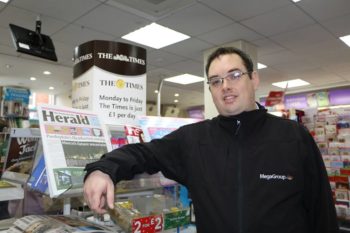 Welsh newspaper the Ceredigion Herald published a news story about a “peeping tom” and now the editor, Thomas Sinclair, is accused of identifying a sex offense victim.

Sinclair pleaded not guilty to breaking the Sexual Offenses Act of 1992, a UK law which promises lifetime anonymity for sexual offense victims by banning any identification on broadcast or in print that would make it possible to identify a victim.

One of his defenses? Not enough people read the article to make it a problem for the victim. Another? The article didn’t actually identify the victim.

In an email to iMediaEthics, Sinclair denies that the article makes it possible to identify the victim.

“Our case is that the article in question was lawful and does not fall foul of the Sexual Offences (Amendment) Act 1992,” he stated, noting that the newspapers he edits in the Herald Newspapers group, which include the Ceredigion Herald and the Pembrokeshire Herald, follow the law by giving “life long anonymity to victims of sexual offences.”

Sinclair also sent iMediaEthics a copy of the June 24, 2016 article, “Peeping Tom Pays The Price” to see for ourselves. The article provides the name, age and job of the “peeping tom” but does not name the victim.

However, it does state how the victim was acquainted with the accused.

The prosecutor, Emma Myles, argued the article provided enough “pieces” for people to identify the victim.“This is a case about jigsaw identification where if you put enough of the pieces together you can identify the victim even if she is not named,” Myles explained, UK media site Hold the Front Page reported.

Sinclair told iMediaEthics that the newspaper’s circulation this month has been “2,400 copies per week on average” and that the article in question was only published in print. “There were zero complaints from any member of the public or the victim of the voyeurism itself,” he added, noting that “a solicitor not connected to the victim” flagged the article to police.

iMediaEthics has written to the prosecution to ask for confirmation. In 2013, the Guardian reported “The maximum fine for a breach of the Sexual Offences (Amendment) Act 1992 is £5,000.”

Sinclair told iMediaEthics by e-mail, “The paper does not accept that any law was breached, but as a matter of course our staff are regularly sent on training courses. The last one was on court reporting law.”

Sinclair estimated only about 450 residents of the county of Ceredigion saw the article in question.

“As it was a small article buried in the paper my lawyer guessed that of all the readers, and due to the fact that not everyone reads the paper cover to cover,  that .68% of the population of Ceredigion probably saw it,” he told iMediaEthics by e-mail. “The figure was an example to illustrate, that there was no real risk of the victim (Who was from England not Wales) being identified.”

Sinclair explained a journalist in training went to court to write the story and only one editor read the article for copy editing before it was published, local Ceredigion newspaper the Tivyside Advertiser reported. The judge rules May 12.

Last year, Sinclair was fined for naming a 17-year-old who fell asleep and crashed a boat.

Another Herald newspaper he edits, the Pembrokeshire Herald, had named the teen, despite being a minor, since the national media had named the boy and since the prosecutor of the teen provided his name in a press release. Even though the teen consented to an interview with the newspaper, because the teen was charged in a Youth Court, Sinclair was fined £500 for identifying a minor charged with a crime.

Also last year, the former UK Sun editor and then-Chief Operating Officer for News UK, David Dinsmore, was ordered to pay a total of  £2,300 after the Sun published a pixellated photo of a minor-aged sexual assault victim, as iMediaEthics reported at the time.